India has launched a virtual memorial wall to honour the UN peacekeeping heroes who died in service as the first step towards building a permanent monument at the UN headquarters.

Permanent Representative Asoke Kumar Mukerji unveiled the digital memorial wall on Friday at a reception India hosted here to honour the 125 recipients of the Dag Hammarskjold Medal awarded posthumously to peacekeepers on the International Day of UN Peacekeepers.

Two Indians were among those awarded the Dag Hammarskjold Medal at an earlier ceremony presided over by Secretary General Ban Ki-moon at the UN.

They are Raju Joseph, a civilian who died while working for the UN operation in South Sudan, and Lance Naik Nand Ram, who served in the UN mission in the Democratic Republic of Congo.

At the Indian reception attended by defence officers from around the world in a kaleidoscope of international military ribbons, medals and uniforms, Mukerji invited them to contribute the names of their heroes to the virtual wall that is now hosted by the Indian mission at www.pminewyork.org.

It now has the names and details of 161 Indians who died in peacekeeping operations.

Eventually, a UN Peacekeepers’ Memorial Wall is proposed to be built at the headquarters with the names of the heroes engraved on it.

In a message to the event, External Affairs Minister Sushma Swaraj said: “India is justifiably proud of its own long and rich tradition of contribution to the UN peacekeeping operations towards the preservation of international peace and security.”

India has contributed over 180,000 troops to 44 UN missions so far. Currently, 8,112 Indian personnel drawn from the military, police and civilian ranks serve in seven UN operations.

“India has been one of the great peacekeeper contributor countries,” said the Under-Secretary General for Peacekeeping, Herve Ladsous.

Welcoming the initiative for the memorial wall, he added: “the heroes deserve our admiration for their courage.”

Under Secretary General for Field Operations, Atul Khare, who is from India, paid tribute to the Indians who gave their lives for the UN and noted that they represented more than five percent of all those who died serving the organisation.

“I am delighted with the virtual wall. The real wall will become a reality,” he said.

Mukerji said that the Security Council’s permanent members have failed to have face-to-face meetings with the troop contributing countries while designing the mandates for the operations, even though the UN charter calls for it.

The South Asian countries have highly professional military leadership and the Council could use their expertise, he added.

India, Pakistan and Bangladesh contribute the three largest contigents to the UN operations.

At another ceremony, three Indian military officers and a police officer were awarded UN Headquarters Medal for service to the world organisation at the department of peacekeeping operations. 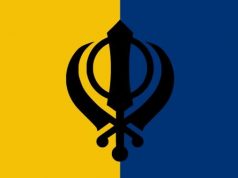