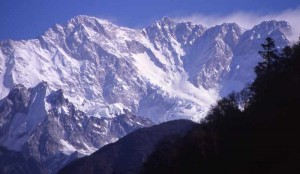 The West Bengal government Thursday said bad weather in Nepal had hit the search for ace mountaineer Chhanda Gayen who went missing Tuesday after an avalanche on the Kanchengjung peak.

“The Nepal government had deployed a helicopter to search the missing mountaineer,” Biswas said. “The rescue operation has been hampered due to inclement weather.”

Gayen and two of her Sherpas went missing after being caught in an avalanche while scaling the western side of Kangchenjunga, the world’s third highest mountain near the Nepal-India-China triangle.

“With each passing hour, our despair is growing. We can only pray for her safe return,” said her brother.