‘Kannagi’, a classical dance ballet was performed by 50 children of Indian-origin enthralled the audience at Jeddah…writes COT Azeez

The show of this ballet was held under the auspices of Mudra Fine Arts at Indian Consulate auditorium, Jeddah. Shelna Vijay, renowned classical dancer and trainer, staged it in connection with the 15th anniversary of the Mudra School of Dance.  Indian Consul General B.S. Mubarak and his wife Latheefa Mubarak jointly inaugurated the anniversary celebrations.

In his inaugural speech, Mubarak congratulated Mudra for presenting the programme, as it would be a big step in further boosting the deep-rooted cultural bonds that bind the two great nations since centuries. 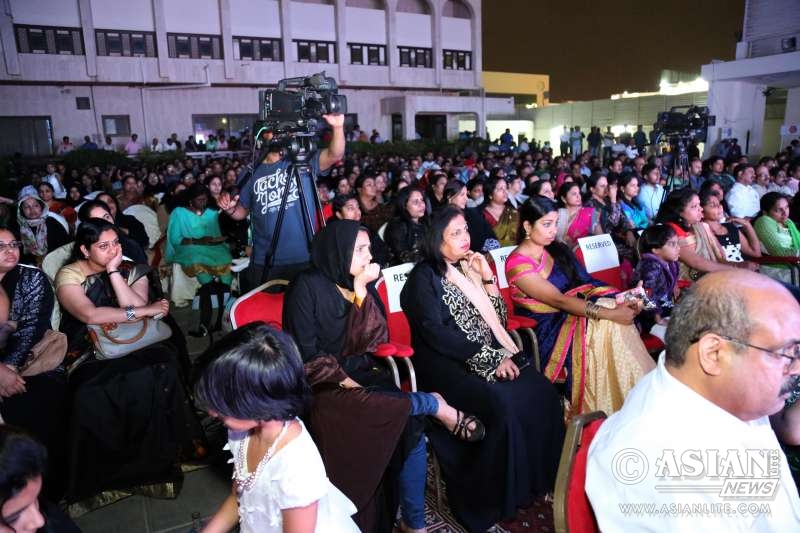 A well –planned  teamwork, dedicated participants, excellent music, and above all, very simple yet sincere dance narrative of the main story based on the original epic-poem, have all contributed to the success of the programme.

Concept and choreography by Shelna Vijay and directed by noted playwright and short-story writer Anil Narayana.

The story of Kannagi and Kovalan formed the basis of the ballet. Scenes were Bharatanatyam-oriented. The ballet presented a high tech visual treat and artistic fiesta while demonstrating the heroic life sketch of Kannagi, who was born and brought up in a very rich trader family. Kannagi was depicted as a chaste woman who led a peaceful life with husband Kovalan in Puhar, then the capital of Cholas.