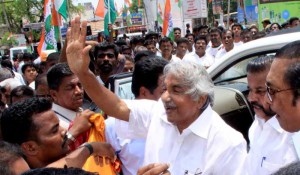 Though Chandy announced in March this year a cabinet reshuffle would be effected after the Lok Sabha election, but it has not taken place because of the drubbing the Congress suffered at the hustings.

It was only last week that the talk of cabinet rejig began after assembly Speaker G. Karthikeyan expressed his desire to step down and to return to active politics.

The Congress in Kerala has two factions – one led by Chandy and the other by state Home Minister Ramesh Chennithala. The two factions have five ministers each, and including Chandy, the Congress has 11 berths.

According to the statutory provisions, Kerala can have a cabinet of 21, and Indian Union Muslim League-five, Kerala Congress (Mani)-two while Kerala Congress (Jacob), RSP(B) and the Socialist Janata Dal have one each.

Meanwhile, Information Minister K.C. Joseph told reporters: “The decision on Karthikeyan will be taken by the party high command. The report that I am going to be the new speaker is nothing but a creation of the media. The party leadership here and in Delhi will decide on the affairs of our party.” 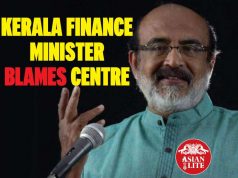