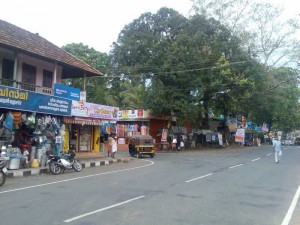 This is no rags to riches story, but one of hard work, dedication and commitment that propelled 66-year-old M.T. Mathews from a small, pretty village near here to the board of a leading Bahraini conglomerate and earned him the rare citizenship of the Gulf country.

On Sunday night, the setting was perfect at his home village, Pullad, located about 15 km from here where he grew up, when around 200 people, comprising his relatives and others honoured him for carrying the tag of being a ‘Malayalee Bahraini citizen’.

The function was a solemn one sans the otherwise flashy ingredients that are quite popular when a person is honoured and, more so, if it’s someone from the Kerala diaspora. On the stage were two priests from the Mar Thoma Church to which Mathews belongs and there were no long speeches, generally meant to make the ‘man of the moment’ happy.

Modest in his achievements, Mathews made a very brief speech and he thanked almighty god for all his success and gave a micro account of how he climbed to his level.

He said that soon after his matriculation in the mid-1960s, his uncle called him to Bombay (now Mumbai) and he was recruited into the Indian Air Force. After his brief training, during which he learnt that discipline is a must for success, he suffered a huge setback when he was discharged after being declared medically unfit.

A shattered Mathews made a hasty return to his home village but his uncle asked him to go away. He trained as an air-conditioning mechanic and he got an opportunity in Bahrain.

“In September 1969 after almost a week-long journey on a tossing ship, I reached Bahrain. I got a small job and after a few years, I got married. My wife also secured a job and since she was employed, I got an opportunity to go to the United States for further studies,” said Mathews.

Returning with a US qualification, Mathews’ hard work saw him rise and become a vital cog in the Y.K. Almoayyed & Sons group of companies and today is the only non-Bahraini on the 11-member board of the company that employs more than 5,500 people.

Watching the entire proceedings at close quarters was his 92-year-old mother, who felt elated that it was she who taught him that if one is hardworking and committed, nothing succeeds like success.