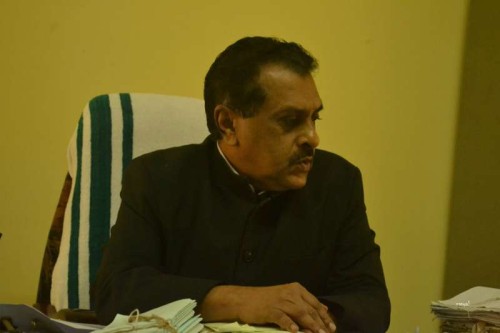 There has been a marked increase in the number of people approaching the Kerala State Human Rights Commission (KSHRC) with their grievances, especially from the poor and helpless, its top official said.

Justice (retd) J.B. Koshy said when he took over as chairperson of KSHRC in September 2011, the commission was handling less than 5,000 complaints a year.

“Last year, it touched 10,000 and till this August, we have received 8,066 (complaints). It could well reach an all time high by December,” Koshy, who had retired as chief justice of the Bihar high court, told IANS.

Koshy said “if there’s a will there’s a way” is the guiding principle that he has been practising.

In the three years that he has been here, Justice Koshy has helped “the poor and downtrodden who come before us with their grievances.

“I never got this much satisfaction in my long years when I practised law, turned a judge and then became a chief justice…,” he said.

Koshy said that even though “we have no powers for implementation, the strategy that we adopt is to study each and every case in detail. Then we decide on how to tackle it.

“We have the powers to summon the people and even issue a warrant against whom the complaint is registered…,” he said.

He cited a recent case in which a poor person who was injured in a road accident got compensation.

“The victim was ordered a compensation of Rs.40,000 by the high court. I wrote to the registrar of the Kerala High Court and also marked copies to the judge who gave the verdict. To my surprise, the high court recalled the case and the hapless complainant got a compensation of Rs.1 million, which included the interest, as the case had prolonged for long,” said Koshy.

Koshy said a good number of complaints are about the harassment meted out to people at the police stations or by the rich and influential.

“I have a team of police officials headed by a deputy inspector general of police and whenever I ask for a report from the various police stations, the general practice is they defend themselves…The guilty police officials are either suspended or transferred,” added Koshy.

The KSHRC recently got a new building to accommodate the nearly 70 staff members, a huge majority of whom have come on deputation from the various government departments.