In an annual survey of major cities conducted by Janaagraha, a Bengaluru-based organisation, Thiruvananthapuram was ranked the best city for the second year in a row….reports Asian Lite News 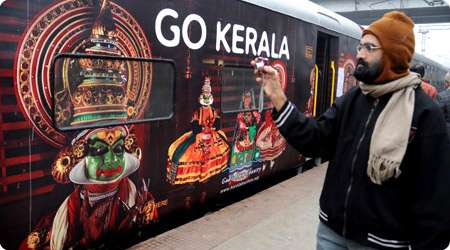 Speaking at the release of the report, Srikanth Viswanathan, Chief Executive Officer, Janaagraha, said: “ASICS (Annual Survey of India’s City-Systems) aims to serve as an annual health check-up of the quality of laws, policies, institutions and institutional processes underlying quality of life in our cities.”

“It aims to push the envelope on city governance reforms in India through data and insights,” Viswanathan said.

Pune came in at second, up two ranks over 2015 and Kolkata, third, same as 2015. The biggest gainer city in the survey was Bhubaneswar, which jumped eight ranks over 2015 to the 10th spot.

ASICS 2016 evaluates 21 major cities from 18 states across the country. This is the fourth edition of the annual survey and it does not include states from the northeast.

Talking of the results, Srikanth said: “Bhubaneswar on the back of a slew of reforms such as instituting municipal cadres, tiered spatial planning including ward level plans and instituting a single window clearance process for development projects that are in conformity with plans.”

Bengaluru (16), Jaipur(20), Chandigarh (21) came last among the cities, but are considered better cities to live in than some of the other cities like Patna (11) and Ranchi (13), though they figure higher in the list, Srikanth said.

“Bengaluru dropped four places to rank 16 due to better performance by some of the smaller cities. Jaipur improved its scores on the back of passage of the Rajasthan Urban Land (Certification of Titles) Bill that enabled better urban land utilisation,” he said.

The survey looks at 83 governance parameters including laws related to city administration, taxation, local governance models, political participation of citizens, financial capacity of cities among others.

Indian cities score between 2.1 and 4.4 on a scale of 10, as against the global benchmarks of London and New York, which score 9.3 and 9.8 respectively.

The better a city scores in the ASICS survey the more likely that it will be able to deliver better quality of life to citizens over the medium and long-term.

According to the survey, low scores imply that Indian cities need to strengthen their city-systems i.e. quality of laws, policies and institutions significantly to improve service delivery for a high quality of life to citizens.

The report suggests the progress of fixing Indian cities is worrisome, given the rate at which India is urbanising, Indian cities are not poised to handle urbanisation well.

“We believe ASICS can provide the common frame of reference for political and administrative leaders, business and academia, media and civil society, in different cities to converge on their agenda for transformative reforms in their respective cities,” he added.