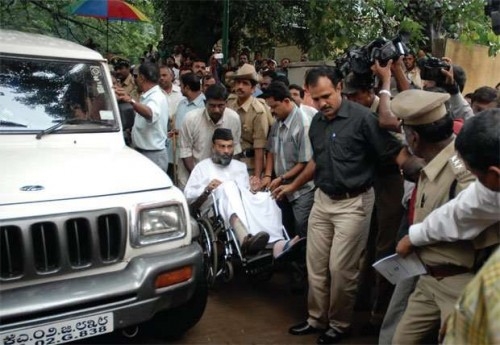 Maudany, a prime accused in the 2008 Bengaluru serial bomb blasts conspiracy, was allowed on Friday by the Supreme Court to travel to Kerala for five days to see his ailing mother.

Maudany was arrested by the Karnataka police in 2010. He secured conditional bail last year from the Supreme Court but is not allowed to travel outside Bengaluru city limits.

On Friday, the Supreme Court had allowed Maudany to visit his mother in Kerala for five days. His mother, living in Kollam, is suffering from cancer.

Poonthura Siraj, a senior PDP leader and a close relative of Maudany, said that Maudany will first visit his parents and at night will arrive at his headquarters, which is also near his parents home. He will return to Bengaluru on Friday from Thiruvananthapuram.

In 2013, Maudany was allowed to attend his daughter’s marriage.