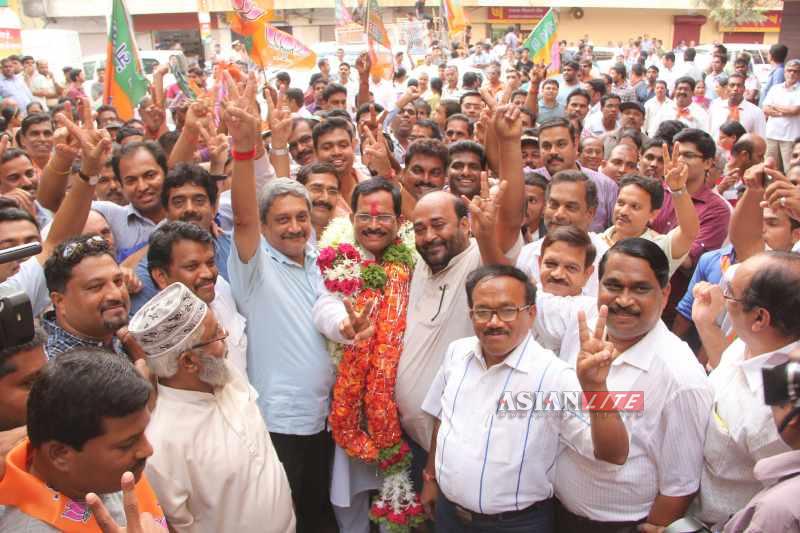 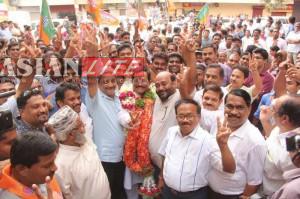 Union Tourism Minister Sripad Naik was given a warm welcome during his first visit to Goa after being inducted into the Narendra Modi government.  A large number of BJP workers thronged the Dabolim airport to receive Naik, who was elected to Lok Sabha from North Goa, reports PTI.

Naik was brought in a procession to the BJP office in Panaji where he was greeted by Goa Chief Minister Manohar Parrikar.

“This is an honour for Goa that Prime Minister Narendra Modi considered the representation to the state,” Naik said.

He said he would meet stakeholders and state tourism officials tomorrow at the secretariat in Porvorim to decide the roadmap for the industry.

“Attempts would be made to generate employment through tourism,” he said, adding that tourism infrastructure facilities would be upgraded in near future.