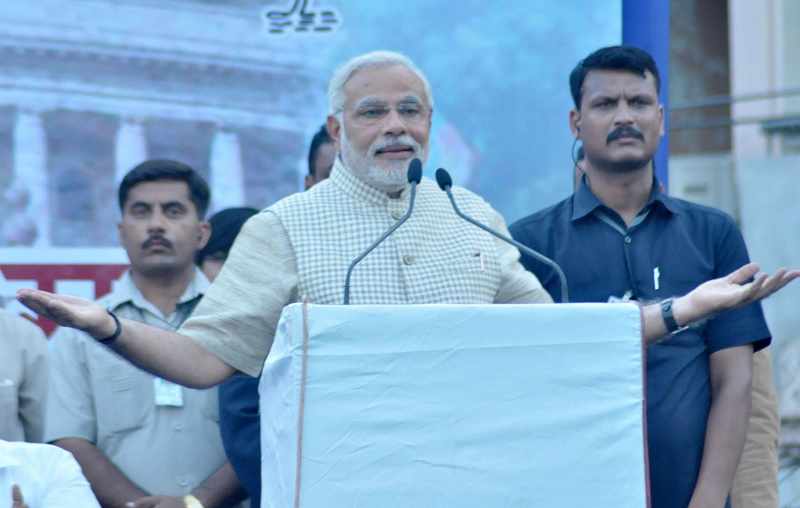 Doing away with one of the relics of coalition politics, Prime Minister Narendra Modi Saturday abolished all 30 ministerial groups to ensure that his colleagues heading various portfolios take faster decisions with more accountability.There were nine empowered groups of ministers (EGOMs) and 21 groups of ministers (GOMs) in operation. They were to take decisions on various matters — and several of them on matters seen as tricky — before coming up before the cabinet for consideration.“This (the decision taken Thursday) would expedite the process of decision making and usher in greater accountability in the system,” an official statement from the Prime Minister’s Office said.“The ministries and departments will now process the issues pending before the EGOMs and GOMs and take appropriate decisions at the level of ministries and departments itself.”In a way, this decision also poses greater accountability on Modi himself as he will now have to adjudicate matters where there are differences among cabinet colleagues, rather than let a panel of colleagues deliberate on them first.The idea of such ministerial panels first cropped up and was implemented during the regime of National Democratic Alliance (NDA) under Atal Bihari Vajpayee. More then were added under Prime Minister Manmohan Singh’s United Progressive (UPA) Alliance government. Since neither the Bharatiya Janata Pary (BJP) nor the Congress party had the numbers to form governments of their own and relied on their allies, these ministerial groups were to let coalition leaders deliberate key matters before bringing them to the cabinet.Pranab Mukherjee, now India’s president, P. Chidambaram and A.K. Antony of the Congress party and Sharad Pawar of the Nationalist Congress Party (NCP) led the maximum of these ministerial groups — that at one point had swelled to as many as 60.The EGOMs, in particular, were even bestowed with the authority to take decisions and a subsequent discussion and approval by any cabinet committee, presided over by the prime minister, was a mere formality.The subjects of the EGOMs included effective management of drought, pricing of natural gas and ultra mega power projects, while those of the GOMs included strategy for water management, national war memorial and administrative reforms.Many of them were dismantled after they served their purpose and new ones were added.