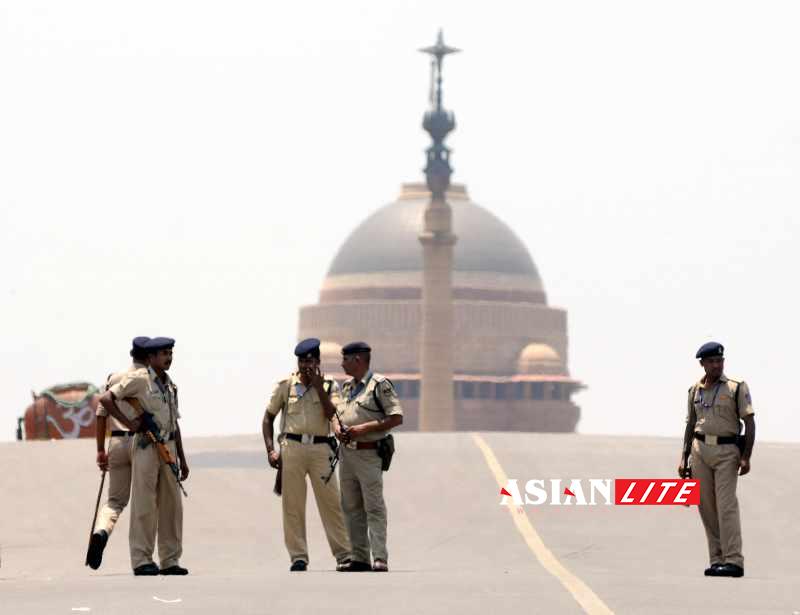 Prime Minister-designate Narendra Modi’s swearing-in ceremony Monday will be one of the biggest such events held at Rashtrapati Bhavan with around 4,000 guests, including seven heads of government, attending.

Modi’s swearing-in ceremony will be an open air event at the forecourt of Rashtrapati Bhavan. A stage has been set up at the base of the steps, with hundreds of chairs placed in a semi-circle facing it for the ceremony, which shall be televised live.

Earlier, the swearing-in ceremonies were held at Ashoka Hall, with around a 400-500 restricted guest list, said Omita Paul, secretary to President Pranab Mukherjee, briefing media Sunday on the arrangements.

Only twice earlier have swearing-in ceremonies been held at the forecourt — of Chandrashekhar in 1990 and Atal Bihari Vajpayee in 1998 — where the guests numbered around 1,200-1,300, said Paul.

There is no word yet if Modi’s kin would be attending the ceremony, she said.

“It is a one of its kind function being held by Rashtrapati Bhavan,” said Paul.

“We have tried to take care of each detail. It was a huge logistical challenge for us,” she said, adding that they worked in tandem with the security personnel.

Monday’s guest list will include, besides the foreign leaders, foreign diplomats, members of the former council of ministers, constitutional heads, 777 MPs of both houses, chief ministers, governors and media persons. Some corporate leaders are also expected to attend the swearing in, she said.

Each of the ministers would be allowed to invite four guests, she added.

The BJP Overseas Affairs Sunday said 75 of the 90 foreign dignitaries it invited from across the world have confirmed they will join in at Prime Minister-designate Narendra Modi’s swearing-in ceremony Monday.“We had sent invitations to 90 dignitaries, which include non-resident Indians, people of Indian-origin and others,” Vijay Jolly, global convenor of the BJP Overseas Affairs, told IANS here.Overseas Affairs is an arm of the the Bharatiya Janata Party (BJP), and maintains contact with people and political parties abroad.Dignitaries from Norway, Russia, Ukraine, Nigeria, Kenya, Taiwan, Guyana, Denmark, Israel, Australia, and Hong Kong, among others, will attend the ceremony.Besides, leaders of eight SAARC countries, including Pakistan’s Prime Minister Nawaz Sharif, will be present at the ceremony at Rashtrapati Bhavan here. Mauritius Prime Minister Navinchandra Ramgoolam will also attend the event Monday.

The ceremony, to begin at 6 p.m., would last approximately one hour and 10 minutes, said officials of Rashtrapati Bhavan, refusing to divulge the number of ministers expected to be sworn in.

Paul said President Mukherjee believes that Rashtrapati Bhavan belongs to the people and that there should be more such occasions to meet and interact with people. Mukherjee has taken several measures to make the presidential palace more accessible to the common man.

In view of security considerations, no bags and telephones will be allowed.

Barring the VVIPs, who will be allowed to come in their cars, the other guests will have to avail of pick and drop facility. For those who are unable to walk in the vast expanse, around 12 horse-drawn buggies will be provided to ferry them. Guests are to be seated in their chairs by 5 p.m., after which the routes would be closed.