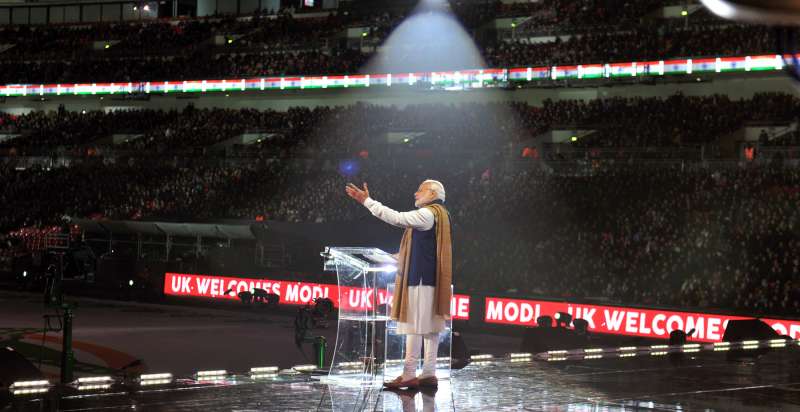 The good news is that parliament is once again engaged in its business of debate and discussion even if haltingly because of the occasional demonstrations in the well of the house and walkouts. Even then, the people in general will offer a silent prayer of thanks to the excitable MPs over the dawning of sense among them, though belatedly.

The bad news is that the kind of decorum and dignified conduct which should be a normal feature of the two houses is still not in evidence with the Congress’s nominal leader, Mallikarjan Kharge – the real leaders are Sonia and Rahul Gandhi – warning of “bloodshed” if an attempt is made to remove the words, secular and socialist, from the Constitution.

Compared, however, to the purposeful stalling of any transaction of business which marked the earlier sessions, few would be worried by the relatively minor disruptions over former minister Kumari Selja’s claim that she was not allowed to enter a temple in Gujarat for being a Dalit – another example of the Gujarat “model”, she said – and the Congress’s demand for the resignattion of union minister Gen. V.K. Singh (retd) for likening Dalits to dogs.

Apart from such episodes, two trends emerged during the much-anticipated debate on intolerance. One was Prime Minister Narendra Modi’s conciliatory approach, marking a dramatic departure from his earlier sarcastic belligerence evident in dubbing Rahul Gandhi a shehzada (crown prince).

The other was Rahul Gandhi’s high-pitched aggression, which might be the result of his introspection during his 57-day sabbatical in March-April.

In all likelihood, his in-your-face offensive is based on the belief that aggression is the best form of defence. After the Congress’s nose-dive in last year’s parliamentary polls, the party’s high command comprising mother and son appears to have decided that being on the back foot will only worsen the situation. The best course will be relentless criticism of the government in general and Narendra Modi in particular.

There is a disadvantage, however, in such persistent aggression. For one, it tends to jar after a while, especially if the other side responds in a restrained manner. For another, it is obvious that Rahul Gandhi says very little of substance. It is all sound and fury, signifying nothing. For a leader to make an impact, he must demonstrate a firm grasp of a given situation, understanding all its aspects and the capacity to show a way out.

In Rahul Gandhi’s case, none of this can be said. He is battling for the sake of battling in an attempt to show that the Congress is still alive and kicking – and that the BJP’s dream of a Congress-mukt Bharat is a chimera. But there is no need to rave and rant to achieve this objective, for the wheel of fortune has already started turning as the party’s reasonably satisfactory performance in Bihar and rural Gujarat shows.

The BJP appears to have understood the verities of this cyclical nature of politics. It has decided, therefore, to eschew the party’s earlier arrogance evident in the insulting dismissal of the sense of unease among a section of the intelligentsia as “manufactured” or the threat to eliminate all manifestations of Westernization, which include lifestyle matters such as culinary preferences or women staying out late.

After the Bihar drubbing, the BJP has realized that the country cannot be moulded in accordance with what is taught in the Rashtriya Swayamsevak Sangh (RSS) shakhas or schools. Hence the advice to MPs to avoid being provocative and the appeal to the judiciary to decriminalize homosexuality.

But the most remarkable change has been in Modi’s conduct. He was always an impressive orator, even “mesmeric”, as Congress spokesman Abhishek Manu Singhvi said. But, now, from being an acerbic critic of his opponents, the prime minister has donned the mantle of a philosopher by his praise of India’s multicultural reality with its 12 religions and 122 languages, as he told parliament, and the admission that all previous governments had contributed to the country’s development.

This is a far cry from the saffron camp’s routine claim that all of India’s past history was an area of darkness and that hope was finally rekindled by the ascent of the first Hindu ruler in 800 years, as the late Vishwa Hindu Parishad leader, Ashok Singhal, said. The quote was mis-attributed to union Home Minister Rajnath Singh by an MP of the Communist Party of India-Marxist (CPI-M).

Along with Modi, who must have caused bewilderment among the BJP MPs by his praise of another philosophical prime minister, Jawaharlal Nehru, Rajnath Singh, too, has been growing in stature as was evident in his outraged reaction to the CPI-M MP’s misquotation when he said that he had no “moral” right to be the home minister if he had made such a statement.

Once called a provincial by a former BJP minister, Jaswant Singh, Rajnath Singh’s conduct is a sign of how Modi’s changing persona has been influencing his party and making it more accommodative.

Politically, however, what will be of interest is to see, first, whether the kinder, gentler Modi can ensure the passage of the goods and services legislation to set rolling the reforms process and, secondly, how the RSS will react to the emergence of a BJP which is deviating from the saffron goal of a Hindu rashtra.