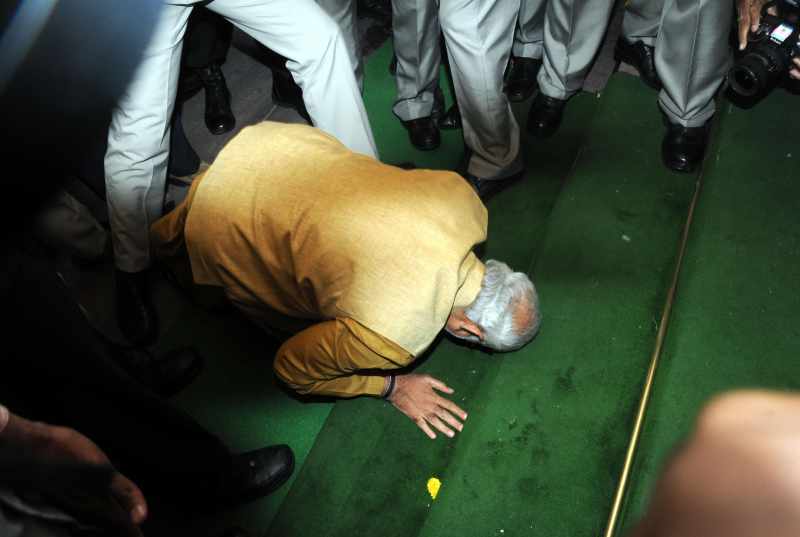 What if they were not crocodile tears that Modi cried for Advani, even as he sought a handkerchief and sipped water and cracked his voice with emotion in a scene so bizarre and yet so effective.
What if the kneeling down and kissing the step of the house was not a gimmick to beat all gimmickry and he saw it as his benediction, his example of OCD, some need to fulfil and thank the gods for their bounty OR ACTUALLY BELEIVES IT IS TEMPLE OF THE PEOPLE.

What if the rhetoric is real and not written up by the American Gujarati genius he has purportedly brought in to fine tune his image.
What if the lengthy discourse on fighting poverty and helping the poor (not entirely original) is what keeps him up awake at night and he is not just babbling about it because it is a great angle to kick off with.
What if he is calling Nawaz Sharif to his inauguration not because he sees it as a clever move but a genuine foreign affairs initiative to end the 60 odd years of conflict.
What if he means what he says?
I can’t make up my mind. At times I am moved by the sheer power of the seething mass of people. Adulation is a hi octane engine. Then I feel, uh oh, this is too good to be true, too many orchestrated moments, nothing or no one can be that perfect.
Maybe when the garlands are dead, the hurly burly over and the ass kissers have disappeared and Modi goes to work we will get an answer.
For now he is marching to a drumbeat so grand, so overwhelming, so new I, for one, haven’t yet got the rhythm. 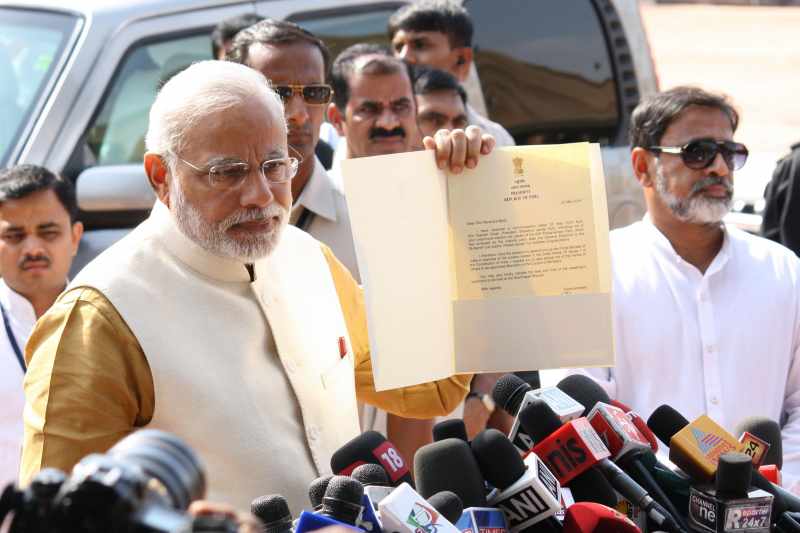