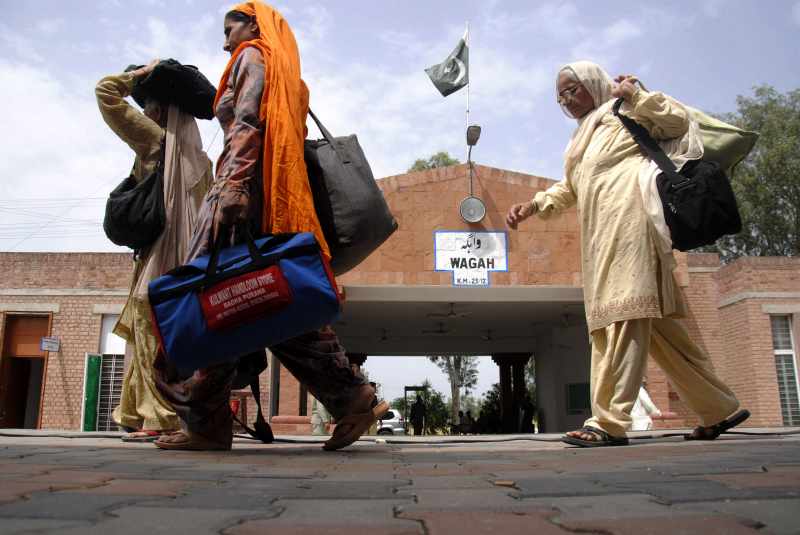 The Indian prisoners, mostly fishermen, were freed from a jail in the port city of Karachi. They will be handed over to the Indian authorities at Wagah border Monday, the officials said.
The fishermen were arrested for illegally entering Pakistani waters and fishing, Xinhua reported.
Pakistan and India routinely arrest fishermen from entering each other’s waters for fishing. They enter other’s waters as there is no determination of maritime boundaries.
Freed Indian prisoners told reporters outside the Karachi’s Malir jail that they are happy at their release. They also said they were treated well and were not subjected to torture.
Modi invited heads of all the member states of South Asian Association for Regional Co-operation (SAARC) for his swearing-in ceremony. The invitation to Sharif was attached great importance in view of tense ties between the two neighbours.

Prime minister-designate Narendra Modi and Pakistani premier Nawaz Sharif’s meeting May 27 will come eight months after the heads of the governments of the two countries last met on the sidelines of the UN General Assembly in New York.
Sharif met outgoing prime minister Manmohan Singh in New York in September 2013.
It was their first face-to-face meeting since Sharif was elected in May last year.
Sharif had called the meeting a chance for a “new beginning” in relations between the two countries.