The Indian defence industry recorded a milestone on Thursday as Israel’s leading defence company Rafael will manufacture Spike, the anti-tank guided missile (ATGM), along with India’s Kalyani Strategic Systems, for the first in the private sector to manufacture missiles….reports Asian Lite News

The new generation missiles will develop at the state-of-the-art facility in Hyderabad.

The facility, the first in the private sector to manufacture missiles, plans to start production in a few weeks.

Baba N. Kalyani, chairman, Kalyani Group, told reporters that they were waiting for orders from the Indian Army, which he expects to be in thousands.

Rafael, which was chosen as the partner for supply of the missiles to the Indian Army, is waiting for final approval to start production.

“The order is somewhere closer to a billion dollars over a couple of years,” said Kalyani.

He said they so far invested Rs 60 crore to Rs 70 crore and would be adding a similar additional amount, once orders start coming in.

Rafael President and CEO Yoav Har-Even said the total investment in the joint venture would be $70 million, covering various products.

Termed as the largest yet FDI in defence, Kalyani holds 51 per cent in the JV while Rafael holds 49 per cent.

The 24,000 square feet facility which has come up in record time of 10 months in Hardware Tech-Park on Srisailam highway will provide direct employment to 500 people and indirect employment through vendors and suppliers to 2,000 to 3,000 people.

Kalyani said once they stabilise, they will look for exporting the missiles to the countries in Southeast Asia, subject to approval from the government of India.

Telangana’s Minister for Industries K.T. Rama Rao and Israel’s Ambassador to India Daniel Cameron were present at the inauguration of the facility, which deals only with the manufacturing of missiles.

Yoav said they also plan to produce air-to-surface missiles. He said the production of weapons systems will be at the request of the Indian armed forces.

Rafael will transfer the technology for missile manufacturing but its CEO said it would be Indian Spike missile from Indian missile house with over 90 per cent localisation.

Kalyani said it was “not a screwdriver assembly but a real manufacturing facility”. The company has developed sub-contractors and supply system in and around Hyderabad. 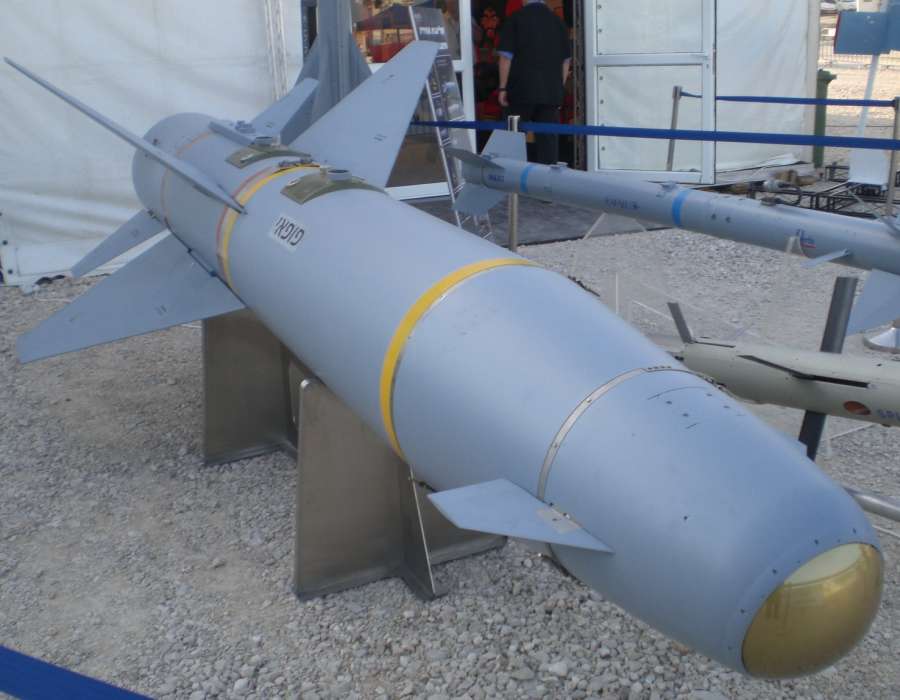 “We are hoping that we will have more business because we are looking at other products like glider bombs attached to aircrafts and are used by the Air Force,” said Kalyani.

He said the 250-pound bomb could prove far more cost-effective and cause more damage to enemy installation than a full-scale air-to-ground missile.

The JV plans to have phase two of the project at another industrial location in Hyderabad.

They chose Hyderabad as it is the epicentre of an eco-systems which deals with missiles and it is easy to get skilled people and suppliers here.

Kalyani Group, the $2.5 billion conglomerate, is looking at four verticals in defence. Its JV with Rafael covers air defence and missiles.

Kalyani said by manufacturing in India, they were looking beyond offset obligation to export the products to other countries.