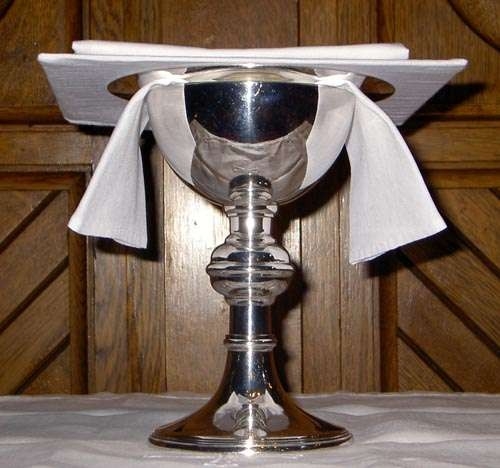 The Catholic Church in Kerala, which has supported the government’s steps on prohibition, has courted controversy by seeking permission to increase the production of sacramental wine.

The Syro Malabar Church in Kochi is hogging the headlines on TV channels since Tuesday after it became known it had applied for an increase in the production of sacramental wine or mass wine.

Paul Thelekat, spokesperson of the Syro Malabar Church at Kochi, said that a mountain is being made out of a molehill.

“Yes, we had applied for increase in production of sacramental wine used during our mass. Our diocese currently has an annual production of 1,500 litres of wine, which was last increased over 20 years ago. This time we have applied for 5.000 litres,” said Thelekat.

About the reason for seeking the increase Thelekat said there were many. “Look, the number of churches in our diocese has gone up dramatically in the past two decades. Hence there are more members which leads to more religious functions. So it natural that our requirement of wine will increase” said Thelekat.

Sacramental wine is made from grapes and used in celebration of the Eucharist (Lord’s Supper or Holy Communion). While the Catholics are very particular about the use of wine, the Thiruvalla-headquartered Mar Thoma Church is not.

An official of the Mar Thoma church who did not wish to be identified said that they use dry raisins and pour a little water and keep it overnight.

“The next morning just before the service, it is mashed and the liquid is used as wine and is given to our laity. The rest is equally shared by the priest and his assistants. Now-a-days in many of our churches, to make things easy, we use grape squash,” the church official said.

Sources in the excise department have confirmed that the application from the Kochi dioceses of the Syro Malabar church has been received. All the necessary procedures are complete and they will be permitted to increase the production of wine from 1,500 litres to 5,000 litres annually.

The Catholic Church, in particular, has been very vocal that the Oommen Chandy government go ahead with its policy to achieve total prohibition by 2023 in the state.