The Supreme Court on Thursday extended, till March 26, the interim protection from arrest granted to Karti Chidambaram by the Delhi High Court in the INX Media money laundering case….reports Asian Lite News

A bench of Chief Justice Dipak Misra, Justice A.M. Khanwilkar and Justice D.Y. Chandrachud also transferred to itself the cases pending before the Delhi High Court relating to adjudication of Enforcement Directorate’s (ED) power to arrest an accused under the Prevention of Money Laundering Act (PMLA).

The bench’s order came after taking into note that several high courts in the country have given conflicting views on interpretation of section 19 of the PMLA and that it would deal with the issue of interpretation of the section.

Earlier in the day, the Delhi High Court extended Karti Chidambaram’s protection from arrest in the ED case from March 20 to March 22. 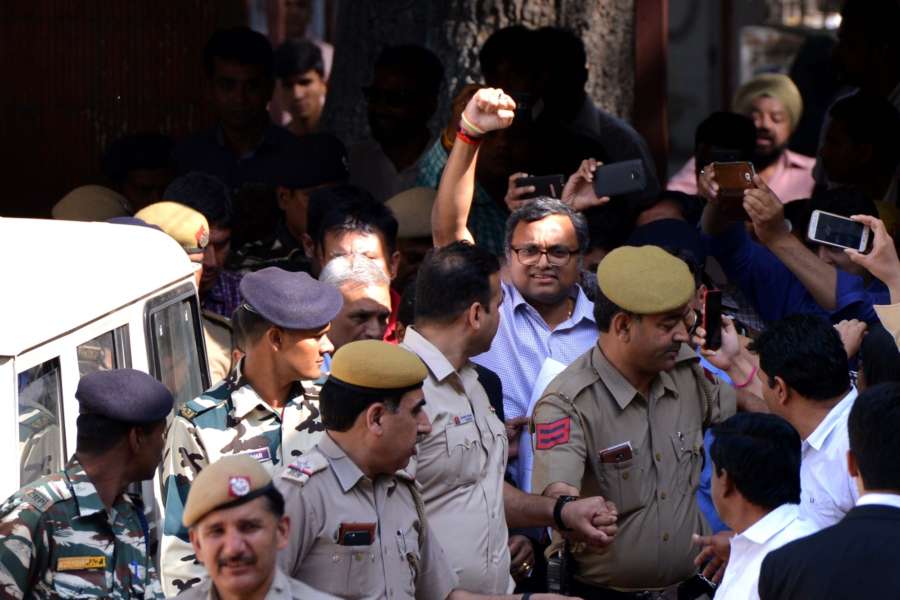 The court was hearing plea filed by ED and the Central Bureau of Investigation against the high court order giving relief to Karti Chidambaram, son of Congress leader and former Union Minister P. Chidambaram, from arrest in the case.

In interim relief to Karti Chidambaram, the high court on March 9 had asked the ED not to take “any coercive action” against him till the next hearing of the case slated for March 20.

On March 8, the top court had asked him to approach the high court seeking quashing of summons issued by the ED.

The probe agencies approaching the top court said Karti Chidambaram has abused the law to get relief from the high court.

They said that high court’s granting of relief would encourage persons, facing similar summons from ED in money-laundering cases, to move the high court under the Constitution’s Article 226 and blunt the probe.

Karti Chidambaram had, however, said the cases under investigation by the CBI and the ED were identical and since he had been extensively interrogated by the CBI, it was not necessary for the ED to take him into custody.

He further alleged that the ED had lodged an enforcement crime information report (ECIR), which is not an FIR, and hence issuance of summons to appear before the agency was illegal as well as breach of his fundamental rights.

The agencies contended that Karti had challenged the constitutional validity of the provision permitting ED to arrest on the basis of ECIR and as long as the provision was not declared unconstitutional, it must continue to operate.

Karti Chidambaram is in jail till March 24 in the case lodged by the CBI.

The CBI had investigated him for allegedly receiving money to facilitate Foreign Investment Promotion Board (FIPB) clearance to INX Media in 2007 when his father was the Finance Minister in the UPA government.