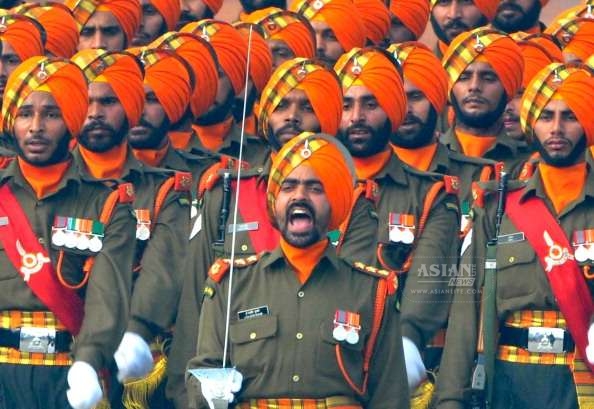 With scores of attacks being reported against Sikhs abroad, especially in the West, the religion’s mini-parliament, the Shiromani Gurdwara Parbandhak Committee (SGPC), has decided to reach out to governments and people in other countries to point out that Sikhs should not be confused with Muslims.

With anti-Islam and anti-Muslim sentiment in some western countries, particularly the United States, Britain and countries in Europe, on the rise following a spate of terrorist incidents carried out by fundamentalist and radical Muslim groups, it is the Sikh community which is also being targeted out of ignorance.

“We are going to publish lakhs of brochures in which we will explain what the Sikh religion is and how it is different from Islam. We will also point out that Sikhs should not be confused with Muslims,” SGPC President Avtar Singh Makkar said.

The main reason for the Sikhs being targeted in Western countries is their appearance — especially their beard and turban.

To create awareness among people in other countries about Sikhs, the SGPC will distribute the “Identification Brochures” in these countries through Indian embassies and other institutions.

Makkar said the Sikhs were being targeted as they were being mistaken as Muslims or Arabs. “Our identity is different from Muslims. Our thinking and ideology is different. Our customs are different, our appearance is different. Westerners, despite being intelligent, cannot differentiate between Sikhs and Muslims. I am surprised at this,” Makkar said.

“The brochures will contain all information about identification of Sikhs, their culture and values. These will be sent to all Indian embassies for further distribution in the respective countries. Brochures will also be sent to governments of these countries,” Makkar said.

The SGPC is planning to distribute the brochures to millions of people who come to the holiest of Sikh shrines, Harmandar Sahib (popularly known as the Golden Temple) in Amritsar and other famous Sikh shrines. A large number of devotees to these shrines are non-resident Indians (NRIs) and foreigners.

Just four days (September 15) after the 9/11 World Trade Centre attacks in New York by Al-Qaeda operatives, a 49-year-old gas station owner, Balbir Singh Sodhi, was shot dead by a paranoid American in Arizona. This was followed by an attack on a gurdwara (Sikh temple) by miscreants in November 2001 in New York’s Palermo area.

However, not all Sikhs are gung-ho about the SGPC move.

“It is too little, too late; 9/11 happened 15 years back. What is the reason for waking up now? Sikhs in other countries may be suffering due to identity confusion but they can take care of themselves. Many Sikhs, especially the younger generation, do not sport turbans and beards. Discrimination, based on religious identity, is a reality in other countries. The SGPC move is hardly going to help,” Harman Singh, a Los Angeles-based entrepreneur, told IANS.

The SGPC, which manages gurdwaras in Punjab and some other states and has an annual budget of Rs 1,200 crore ($180 million), is supposed to the custodian of Sikh religious affairs.