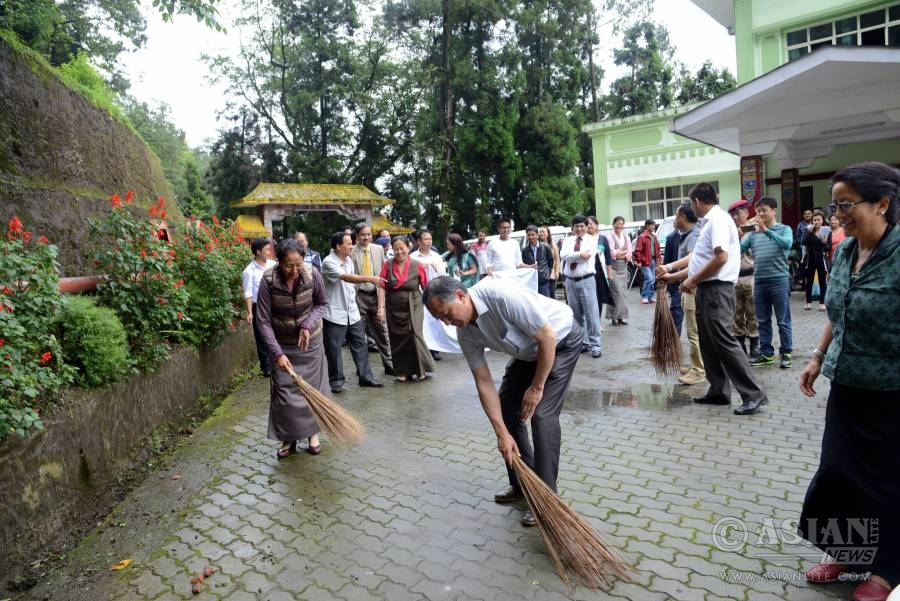 No more than 17.6 percent of urban solid-waste (garbage) was processed as of March 2016, against a target of 30 percent set last year under the Swachh Bharat (Clean India) Mission launched by Prime Minister Narendra Modi.

The Mission’s second target, door-to-door trash collection, did better: 42.3 percent of urban India’s garbage was being collected from homes as of March 2016, against a target of 50 percent.

The government reported progress to parliament in this answer.

The Swachh Bharat Mission (urban) aims to not just provide sanitation to India’s towns and cities – which, as we reported in the first part of this series, has also failed its March 2016 target – but also reduce trash and process it for disposal.

Chandigarh processes all its waste, followed by Meghalaya, which processes 58 percent, and Delhi, 52 percent. In Chandigarh, waste is collected from every household and roadside waste is swept up, which means slums are also covered. The collected garbage is then taken to a facility to be separated.

None of the five states at the bottom of the waste-processing ladder process urban waste, implying it is dumped. For instance, little appears to have changed in Patna, described in 2008 as the “City of Garbage” by the Patna High Court. The city’s waste -when it is collected, much of it is not – is dumped at several sites, and, despite a high court order, there is no solid-waste management plan.

Chandigarh and Goa collect all household waste from homes. After them is much larger Andhra Pradesh, where 90 percent of urban garbage is collected from doorsteps.

In most of the bottom five states, in wards where there is no garbage collection, trash often ends up on the streets or festers in randomly chosen dumps.

Only three of Uttar Pradesh’s urban wards – the state is India’s largest by population -have garbage-collection facilities, prompting a notice from the National Green Tribunal to the state government for the poor waste management.

At the national level, 64.2 percentwards were found to have a dumping place for solid waste, according to the Swachhata Status report released by the national Sample Survey Organisation. This means more than 35 percent of India does not even have waste dumps, let alone processing ability.

Can India become clean, as Swachh Bharat hopes, by 2019?

However, it’s not the amount of waste generated that’s as much of an issue as the fact that more than 45 million tonnes, or three million trucks worth, of garbage is untreated and disposed of by municipal authorities daily in an unhygienic manner leading to health issues and environmental degradation, IndiaSpend reported in 2014.

These three million trucks, laid end to end, would wind their way around India’s land borders and coastline.

With rapid urbanisation, industrialisation and an explosion in population in India, solid-waste management is a key challenge for state governments and local municipal bodies.

Update: This article was based on a question answered in the Lok Sabha on December 9, 2015. The same question was asked again on April 27, 2016, and the government released new data:

The Mission’s second target, door-to-door trash collection, did better: 87 percent of urban India’s garbage was being collected from homes as of March 2016, against a target of 50 percent. However, large states, such as UP and Maharashtra (which together account for 25 percent of India’s urban population) have failed to meet their targets, collecting only 10 percent and 14 percent, respectively, of garbage from homes.