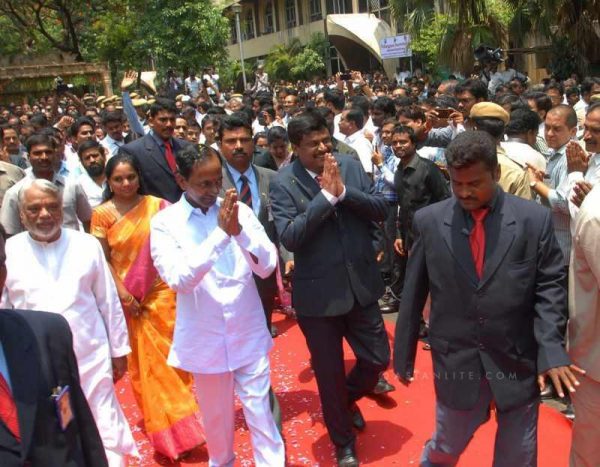 Telangana is gearing up to celebrate its foundation day on Thursday. Elaborate arrangements have been made to mark the occasion across the state. Governor E.S.L. Narasimhan and Chief Minister K. Chandrasekhara Rao will join in the celebrations at the Parade Ground in Secunderabad.

Telangana came into existence on June 2, 2014, under the Andhra Pradesh Reorganisation Act of parliament.

Public spaces and government buildings have been illuminated here. Tank Bund, banks of Hussain Sagar Lake, Lumbini Park, state secretariat, the international airport at Shamshabad and places of worship are sparkling bright as India’s 29th state readies itself for the celebrations.

Several cultural programmes have been lined up across the state. The state government has sanctioned Rs 30 lakh for each of the 10 districts to hold celebrations between June 2 and June 7.

Adilabad Additional Superintendent of Police G.R. Radhika — who scaled Mount Everest a few days ago — will be felicitated along with 62 other noted individuals with a citation, cash award and a shawl.

The chief minister has also directed that family members of the martyrs who sacrificed their lives during the Telangana movement be felicitated in Hyderabad and the districts.