The move to create 17 new districts in Telangana has opened a Pandora’s box…. writes Mohammed Shafeeq 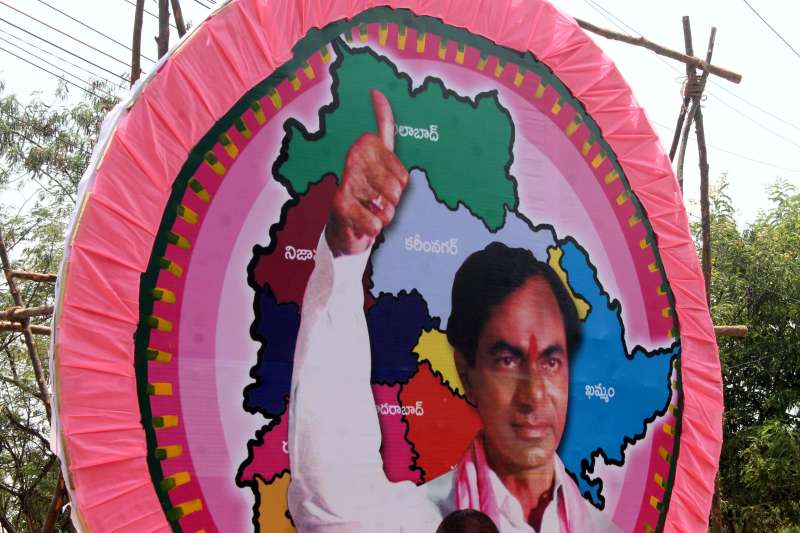 The move to create 17 new districts in Telangana has opened a Pandora’s box with the Telangana Rashtra Samithi (TRS) government coming under intense pressure to make changes to its plan. Over 30,000 suggestions/objections have been received since the government issued its draft notification on the move last month.

People in some towns have taken to the streets, seeking district status for their respective regions. The opposition parties and non-political groups have intensified their protests and are even planning to approach the courts.

As part of the reorganisation of districts, the government has also proposed to create 45 new ‘mandals’ or blocks. This has also triggered demands for more ‘mandals’.

While the draft notification issued on August 22 has met the long-pending demands of people in some towns, it has also led to discontent in others. People are unhappy over either denial of district status to their towns, or their amalgamation with a particular district.

Telangana, the youngest state of India with a population of 35 million, currently has 10 districts. The TRS government has initiated the process for formation of 17 new districts for what it calls “administrative convenience”. The new districts will start functioning from Dussehra (October 11).

The district collectors and other officials are on a daily basis receiving hundreds of representations from a cross-section of people. Barring Hyderabad, which is set to remain intact, protests are being witnessed in all the districts.

While the TRS claims that the process has been undertaken in a transparent manner and on a scientific basis, the opposition parties alleged that the reorganisation was designed to benefit some individuals in the ruling party.

People in Sircilla, a town in Karimnagar district, are agitating for district status. Minister for Information Technology K. Tarakarama Rao, who represents the Sircilla assembly constituency, is facing the ire of the people of this town, who allege that he has gone back on his word.

The minister, who is Chief Minister K. Chandrasekhar Rao’s son, wrote an open letter to the people to pacify them. He promised the town’s development on a par with others in the district.

Jangaon town in Warangal district and Gadwal in Mahabubnagar are also witnessing vociferous protests for district status. The main opposition Congress, the Telugu Desam Party (TDP), the Bharatiya Janata Party (BJP) and the communist parties are supporting the demands in different places.

Congress leader D.K. Aruna, who is spearheading the agitation for district status to Gadwal, claims that it was deliberately ignored by the TRS for political reasons though the town fulfils all the criteria for being named a district.

“The government is showing undue haste in creating new districts. The process should have been taken up after looking into all aspects,” said TDP state unit working president A. Revanth Reddy. He alleged that the government was going ahead with the reorganisation without making public the basis on which the process was taken up.

The proposed reorganisation has given rise to apprehensions in some towns like Adilabad. This district is set for trifurcation. Adilabad, located close to the Maharashtra border, will be a big loser with the creation of Nirmal and Kumaram Bheem Mancherial districts.

Similarly, people in Warangal district were opposing the proposal to make Hanamkonda a separate district. They are not in favour of delinking the twin cities.

Irrigation Minister Harish Rao has warned the opposition parties against creating hurdles in the formation of the new districts. “The opposition leaders are doing this for political mileage, but they should remember that the people will teach them a lesson and will not allow them to enter their constituencies,” said Rao, a nephew of the chief minister.