The Telangana government Monday apprised the central government of the progress of Hyderabad metro rail project and complained that leakage of a letter written by Larsen and Toubro is the handiwork of Andhra lobby to tarnish the image of Hyderabad.

Chief Secretary Rajiv Sharma and government advisor B.V. Papa Rao Monday met the union cabinet secretary and principal secretary to the prime minister in New Delhi and apprised them of the progress of the Metro Rail Project. They claimed that the central government assured full cooperation in implementation of the project.

The state government told the central officials that there are no serious issues pending with the it in implementation of the project. They made it clear that it is being implemented faster than any other project in the country by L&T. All the fiscal and financial milestones of implementation of this project are on target, said an official statement here.

Papa Rao said that the recent letter of L&T on the project was leaked to some selected newspapers and that it is the handiwork of Andhra lobby to tarnish the brand image of Hyderabad.

In a letter written on Sep 10, the developer proposed to the Telangana government to take over the project as its viability was impacted by the division of Andhra Pradesh.

After the letter was leaked to a section of media, both the L&T and the government stated that they are committed to complete the project on time. They said the letter was part of routine correspondence between them. 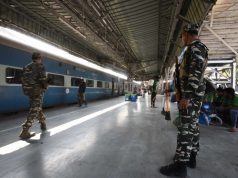 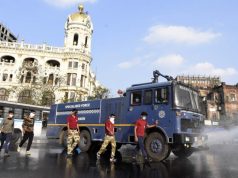