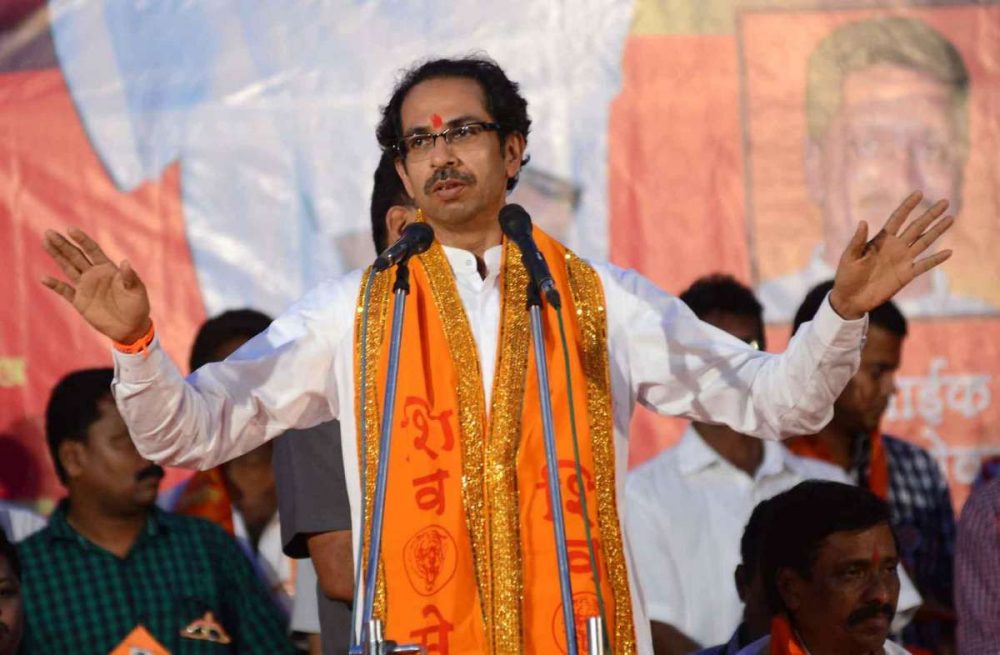 Addressing a farmers’ rally here, he said it is “unfortunate” that even after nearly three years of the BJP-led government, farmers’ issues were not being addressed and they continued to commit suicide.

“The CM’s language has changed after coming to power. We would have never done it. For us, the farmers’ interests are superior to the party,” Thackeray said, reminding of the BJP’s pre-poll promises in 2014 of wiping off farm-debts after elections.

He strongly criticized state BJP President Raosaheb Danve’s recent comments labelling farmers as ‘saale’ (literally brother-in-law but having a derogatory connotation) and his subsequent apology after a political furore and the Congress calling him ‘danav’ (demon).

“I am very disturbed by Danve’s statements. What will happen when the elections are announced? You bring tears to the eyes of the poor farmers, now they will make you cry,” Thackeray warned, amid a thunderous round of applause by the gathering.

He reiterated that the Sena would not “hesitate even for a moment” before quitting the state government, but added that they would “extend external support” if a farm loans waiver package was announced.

Thackeray declared that though it was a ruling ally, the Shiv Sena would launch a long-march to the state legislature if the government failed to write off farmers loans soon.