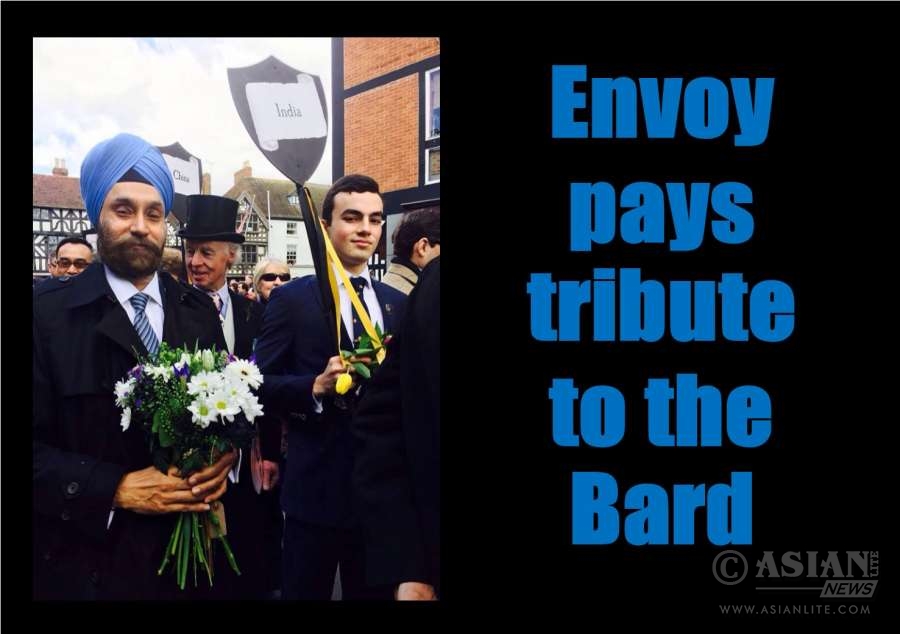 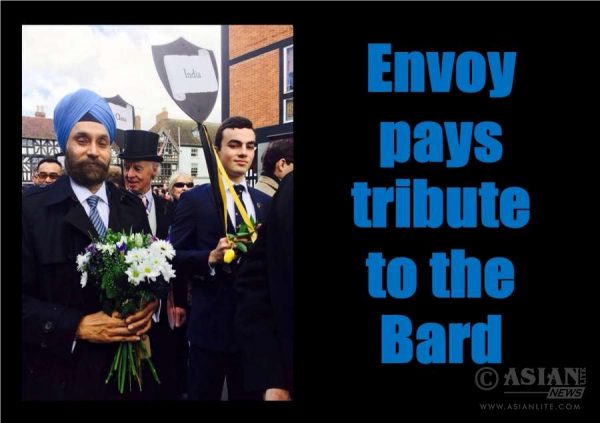 Shakespeare’s India was rich with pearls and precious stones, its people deeply religious and its veiled women famous for their “dark beauty”. And the country has repaid the Bard “richly” for his attention, Indian High Commissioner to the United Kingdom Navtej Sarna has said.

Sarna, an acknowledged literary personality as author of several books and many short stories, was speaking on behalf of the entire diplomatic corps in London at the 452nd birthday celebrations of the poet at his birthplace here on Saturday.

He noted that there were various references to India in Shakespearean plays in that “pre-Google age” when India was ruled by Mughals.

“It was a famed India of a grand imperial court, gilded riches, spice laden and distant…and the East India Company would not begin to lay the foundations of the Raj for another 200 and more years,” the envoy recalled the era as vividly as he has done in many of his novels.

Sarna said Shakespeare learned about India as he picked information and stories from sailors in London and “his imagination did the rest”.

“His India is exceptionally rich, famous for its precious pearls and stones, its people are deeply religious and its veiled women are famed for their dark beauty.”

And the country “repaid Shakespeare richly for this attention”, said the high commissioner.

Sarna said less than 150 years after his death, Shakespearean plays had started being enacted in Indian cities of Calcutta and Bombay, as they were then known.

And by early 19th century, dramatizations of Shakespeare “were scenes in schools and colleges”, he said, noting the first such known performance was at Hindu College, Calcutta, in 1822.

“It initiated a tradition which has continued to this day. In the next 100 years, the first translations of Shakespeare in an Indian language were ready.”

He said Indian filmmakers began mining Shakespeare for “material” by mid-20th century with earliest adaptation by Sohrab Modi who played Hamlet in “Khoon” (1935), followed in 1941 by filmmaker J.J. Madan’s take on “The Merchant of Venice” in “Zalim Saudagar”.

Sarna said India remembers Shakespeare as its own with an arts foundation in Chennai staging an annual festival “rather proprietorially called ‘Hamara Shakespeare’ (our Shakespeare)” .

He mentioned about a recently conducted YouGov poll for the British Council, that covered 18,000 people across 15 countries. According to the report, as many as 83 percent of Indians said they understood Shakespeare, compared to just 58 percent of Britons