Is there an impact crater off Kerala coast?….explores K.S. Jayaraman 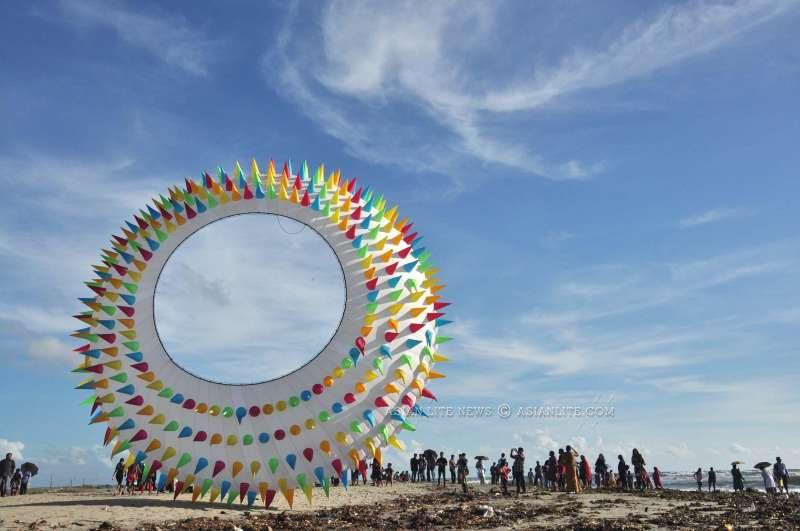 A huge depression on the seabed recently detected off the Kerala coast in the Arabian Sea could be a crater caused by the impact of a meteorite, researchers in the marine division of the Geological Survey of India (GSI) claim. But they admit more studies are needed to confirm this.

The depression, 65 km southwest of Kochi, was observed during a sea bed survey carried out during a cruise in August 2014 by the GSI research ship “Samudra Ratnakar”.

The bowl-shaped depression, with a diameter of about 600 metres and a maximum depth of 40 metres, “is the largest one ever reported from continental margin of India”, the researchers have reported in the journal Current Science.

Its large size, isolated occurrence in an otherwise gently sloping sea, and smooth disc shape, make it different from the several depressions called “pockmarks” reported earlier from the western continental margin off Goa, they say.

According to the GSI scientists, these pockmarks — about 80 to 130 metres in diameter and 0.75-2.5 metres deep — are created due to escape of gas biologically generated from decaying organic-rich sediments in the sea.

However, the features of the saucer-shaped depression discovered off the coast of Kochi suggest it is not a “pockmark” formed by the escape of biogenic gas, but a crater formed by the impact of a meteorite, the scientists claim.

According to their report, only very few marine impact structures have been reported so far — the Chesapeake Bay in the US and Molner structure off Norway among them.

But some geophysicists are sceptical about the claim.

“I looked for uplifted rim and indications for ejecta blanket, but they are missing in the bathymetric data though these must be present for a young impact crater,” Senthil Kumar, a senior scientist at the National Geophysical Research Institute in Hyderabad, told this correspondent.

The interior wall slope is too gentle for an impact crater and the authors searched for shock materials from the floor but found none, he said.

“There could be several other processes that can produce circular depressions on the seafloor and I am not sure how seriously to take their observation.”

But Chaitanya Giri, NASA visiting scientist and currently with the Earth-Life Science Institute in Tokyo, does not dismiss the GSI scientists’ claim.

“Recent observations from NASA’s Lunar Reconnaissance Orbiter demonstrate the Moon is hit by nearly 200 meteorites every year,” he said in an email. “This only hints the much larger Earth could well be bombarded by a far greater number of meteorites.”

According to Giri, “large extinction-level impact events happen rarely, but what must not be ignored are the presumably harmless smaller impactors like the one that possibly created this Arabian Sea crater”.

The GSI scientists admit that though they believe it to be an impact crater, more studies including multi-channel seismic profiling were necessary for its confirmation.

“Re-examination of the depression with Remotely Operated Vehicle is suggested for locating any gas venting structures inside the circular depression and for collecting samples for gas chromatographic examination of the sediment for possible indications of natural gas emanation,” they say.