A successful war leader-turned-outstanding statesman, Marshal Tito showed how to subsume narrow ethnic identities into an inclusive nationalism and temper ideology with pragmatism as he led fractious Yugoslavia on an independent, peaceful and prosperous path for over three decades….writes Vikas Datta 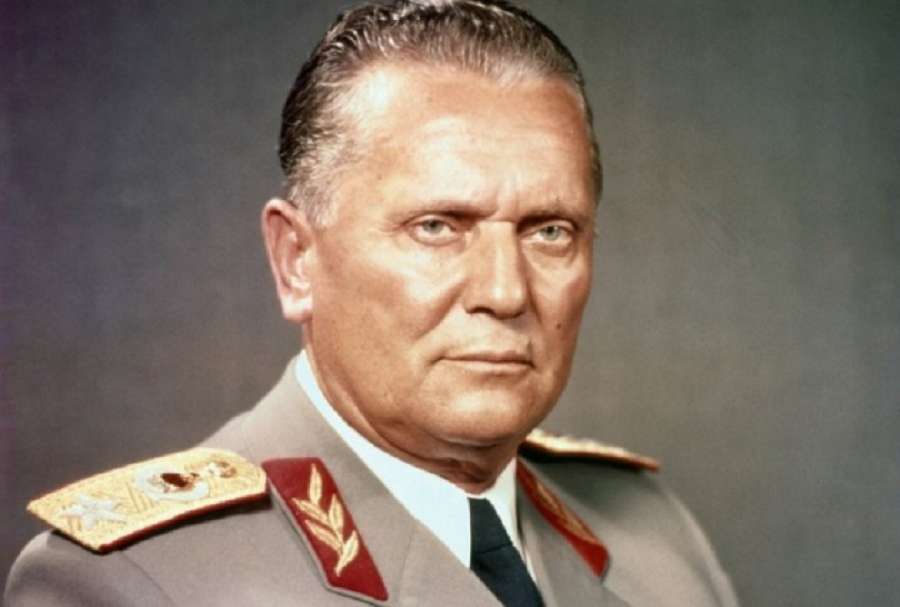 His political accomplishments are still worthy of emulation. Unfortunately, his successors were not as far-sighted — or capable.

Josip Broz “Tito”, whose 125th birth anniversary falls on Sunday (May 7), came to prominence as chief of the Partisans fighting Germans in occupied Yugoslavia during the Second World War. The most effective resistance movement in Nazi-occupied Europe, it would also go on to liberate its homeland mostly on its own, and its success lay in it being an inclusive society, bringing Serbs, Croats and Bosnians and other Yugoslavs together.

And despite his Communist background, Tito was never subservient to the Soviets.

British diplomat-turned-soldier Fitzroy Maclean, who was posted as liaison to Tito in 1943 and became a personal friend, recounts in his memoirs, “Eastern Approaches”, that after his years in Stalin’s Russia, he had expected “a typical apparatchik, a puppet of the Kremlin tightly bound by a party line imposed from above”. Tito, however, turned out to be different, being “amazingly independent-minded, ready to discuss any question on its merits, and take a decision there and then without reference to any higher authority”.

When Maclean asked him if his intention was to make Yugoslavia a “Soviet colony”, he was infuriated (as Maclean expected), retorting: “Have you not seen enough of the sacrifices we are making to free our country from the Germans to realise that we will never give up our independence to anyone?”

It was no empty boast. Though in the immediate post-war period, Yugoslavia displayed the traits of the orthodox Stalinist system, it soon embarked on its own different path, after a highly-public break with Moscow in 1947.

Tito not only withstood Soviet measures to remove him but even made Stalin back down, telling him: “Stop sending people to kill me. We’ve already captured five of them, one of them with a bomb and another with a rifle. (…) If you don’t stop sending killers, I’ll send one to Moscow, and I won’t have to send a second.”

Born to a Croat father and Slovene mother in 1892 in what was then the Habsburg empire, Tito studied only four years before working on a farm. His father wanted him to go to the US but lacked the funds to send him. He worked as a lockmaker’s apprentice from 1908 but was conscripted into the Austro-Hungarian Army.

Here he rose to the rank of sergeant major, fought against the Russians in the First World War and was captured. Imprisoned in Russia, he fought in the Red Army during the Revolution but only joined the Communist Party in newly-created Yugoslavia when he returned home. Serving as Comintern agent, he became head of the Yugoslav party when its existing leadership was purged.

It was then he picked up the name Tito. According to many biographers, it was because of his decisive nature. “You do this, and you do that or in Serbo-Croat, ‘ti to, ti to’,” but he himself said Tito was a common name in his home region of Zagorje.

Tito, who ruled Yugoslavia from after World War II till his death in 1980, soon made his nation a communist country with a difference. Private enterprise was encouraged, religious expression allowed, divisive ethnic sentiments dampened, citizens allowed to travel and foreign nationals allowed without restriction and governance decentralised.

In international affairs, he played an important role in the setting up of the Non-Aligned Movement, along with India’s Jawaharlal Nehru and Egypt’s Gamal Abdel Nasser, and served as its first Secretary General.

One measuring of global standing was the 98 international decorations (including being the third Nishan-e-Pakistan whereas India unfortunately never honoured its international friends till the mid-1980s) he was conferred. And then his funeral in 1980 saw four Kings, 31 Presidents, six Princes, 22 Prime Ministers and 47 Foreign Ministers from 128 out of then 154 UN members — it was the largest such gathering until Pope John Paul II’s requiem mass in 2005 and Nelson Mandela’s memorial service in 2013.

But though Marshal Tito never said or would have wanted a deluge after him, that is what followed after a decade as “nationalist” saviours undid his work. The toxic nationalistic sentiments whipped up led to Yugoslavia’s messy break-up into five countries, with the worst violence seen in Europe seen since World War II.

But have its lessons been learned?