The Apostolic Vicariate of Southern Arabia said it has got “strong indications” that Father Tom Uzhunnalil, the Indian priest who was kidnapped by Islamic State terrorists in Yemen earlier this year, is alive.

The church said it is making “all efforts to secure a safe release” of the priest kidnapped from Aden in March, Khaleej Times reported on Friday.

A video of Father Uzhunnalil had surfaced this week in which he made an appeal to the Indian government, Pope Francis and Bishop Paul Hinder (the current Vicar Apostolic of the Vicariate), to save his life.

In the video, Uzhunnalil said that there have been reports in the media that everything was being done to secure his release “but in reality nothing seems to have happened”.

However, the church said it has made countless appeals from the highest levels to secure Father Uzhunnalil’s release as well as made concrete efforts by way of working in close collaboration with both international and local diplomatic channels.

“Paul Hinder is in touch with the different channels, which are working and leading the dialogues to secure a safe release. More details cannot be disclosed at this stage,” the church statement said.

The bishop has led calls for prayer throughout the churches in the Vicariate for Father Uzhunnalil.

On March 4, the Salesian Order priest from Kerala was kidnapped after IS terrorists barged into a Missionaries of Charity care home in Aden of which he was the caretaker and shot dead many people, including four nuns, one of them from India. 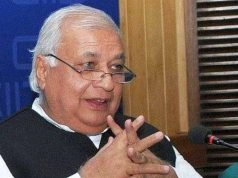