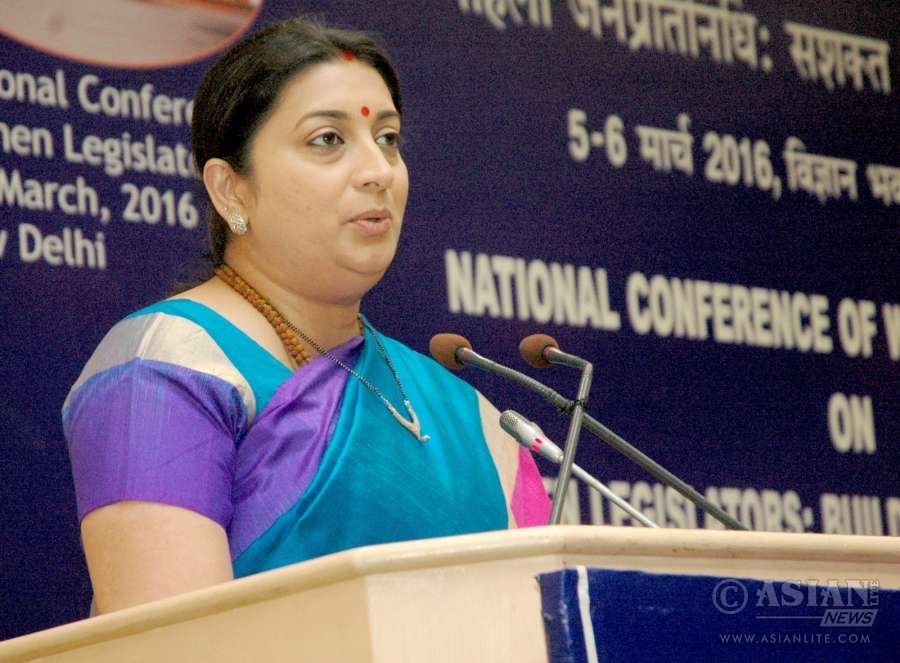 India is at the cusp of a great transformation, Human Resource Development Minister Smriti Irani said at a function here at which she and Unesco Director General Irina Bokova unveiled a bust of renowned ancient Indian mathematician and astronomer Aryabhatta.

“India is at cusp of great transformation. Our government has launched one of the most ambitious programmes in the world to take skills and education to all corners of India,” she added.

For subjects like mathematics and science, the government was focused on ensuring that all children, especially the girls and differently-abled children, were provided with adequate opportunities to advance in these fields, Irani said.

Irani said that lasting peace in the world was only possible when nations managed to reduce the vast inequality that existed in the education system of various nations.

She added that India had been trying to address this issue and specially since the government of Prime Minister Narendra Modi took charge in May 2014.

“One such focus area is improving the quality of education at all levels, in all schools and all over India. We are also focusing on the quality of training and retraining teachers,” Irani told the gathering that included a number of Unesco delegates and other invitees, besides the mathematicians from various parts of the world who had assembled for the occasion.

On her part, Bokova underlined the key contribution of Aryabhatta and several other Indian mathematicians to the development of global mathematics, upon which practically the entire science known to humanity has been built.

This was part of an ‘International Conference on Zero’ was organised by Unesco and India’s ministry for human resource Development.

She also reminded the audience of the importance of India as a centre for science and knowledge for several centuries and its immense contribution to development of mathematics with several greats whose work laid the foundation of modern maths.

Bhargava also went on to list 10 greatest mathematicians of India from different ages and regretted that even Indian text books no longer talked of them and their extremely crucial contribution to the development of mathematics and its various branches, including trigonometry, geometry, algebra and the like.