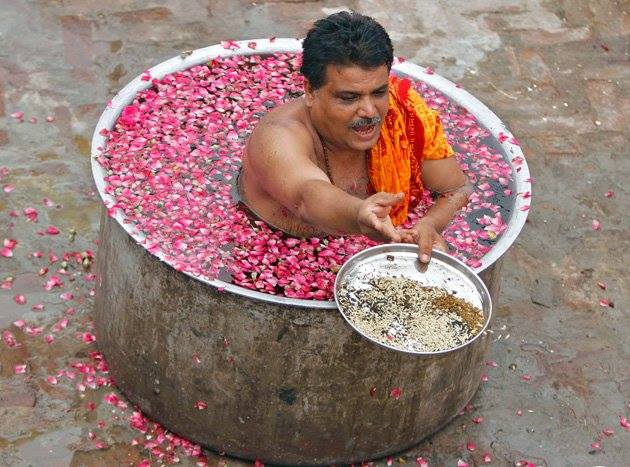 These past few days I have been invited to come on radio channels and give my opinion on Mr Modi’s victory.

I have shied away from most of them because I really don’t know anything in depth enough to make an assessment and all I do know is that the Chief Minister of Gujarat has received a mandate to be the Prime Minister of India and now the ball is in his court and it matters not a whistle in the wind for anyone to second guess him.
If I have any fear it is that of the Indian habit of venerating humans and placing them on lofty pedestals then ensuring that they are pulled off them. This habit is ingrained in us from childhood. We are easily enthused and easily disappointed. We love to adulate (where else would people stand in the sun for four hours to see some average film star, their children in their arms?) but we love to make rubble,too. Often this tendency is interpreted as the democratic right of a free people. Probably. I won’t cavil with that. But it is mutually exclusive from this intrinsic fault. We do it to our teachers, our bosses, our leaders(?) our slightly sticky heroes in our halls of fame, our sportspersons, celebrities, now we are even doing it to our families. Up today, down tomorrow.
That is why I am ducking the radio stations. The rampant ignorance and the blind faith in an entity are scary. The higher we raise him the more the expectation, much of it in realm of the unreal.