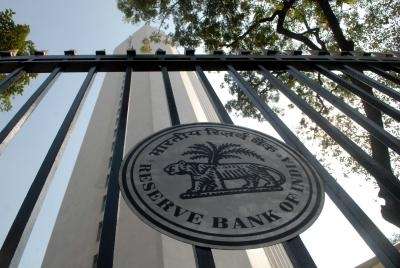 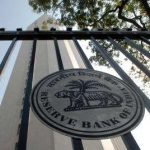 Though the ongoing spat between the Reserve Bank of India (RBI) and the government can boast of multiple drivers, the most recent, and by all appearances a perennial bone of contention, is the former’s adoption of Flexible Inflation Targeting (or FIT) as its monetary policy framework.

What is FIT? Through an agreement signed between the RBI and the government as at February 20, 2015, RBI decided to adopt a “modern monetary policy framework” with the objective to “primarily maintain price stability, while keeping in mind the objective of growth”.

Thus, price stability became an overarching objective of monetary policy, moving other factors to the background.

The said price stability is to be achieved by keeping track of, forecasting, and controlling inflation, meaning that if the percentage change in monthly Consumer Price Index or CPI (headline) year-on-year was outside or expected to be outside a specific range of numbers (the “Target”) for a certain duration, it gives RBI a justification to decrease or increase short-term interest rates.

No other consideration is to have an equivalent weight. Inflation must be granted precedence.

The agreed upon target range at present stands at four per cent with a band of () two per cent for three consecutive quarters.

So, what is the problem? The proponents of FIT argue that it gives a clear goal for policy setting and, over time, helps in establishing the credibility of the central bank while managing and anchoring price and policy expectations of the public. A quantifiable target reduces the chances of monetary policy being steered for political purposes.

Both high inflation and low inflation hurts. While the former eats through real rates of return, i.e. the borrowed interest rate minus inflation; the latter is an indicator of either oversupply or low demand. Hence it makes a lot of sense to keep it on a leash.

However, the outcome of using monetary policy to control inflation often depends on how the said price instability has originated in the first place.

When inflation is demand-driven, i.e. the demand gets too hot for sustainable supply, the FIT approach works well as hawkish monetary policy then becomes a lever to control consumption spend.

However, when inflation is supply-driven, i.e. the supply is artificially low (either due to low productivity, lack of investment, hoarding, supply shocks caused by inadequate monsoons, oil price hikes, etc.) but the demand is “business as usual”, FIT would be less effective as it would lower investment appetite, thereby risking supply being pushed further down.

Warwick J. McKibbin, a Senior Fellow at Brookings, a think tank says: “Falling productivity would cause both a rise in input costs and a fall in output. An inflation targeting central bank would tighten monetary policy as input costs rose but in doing so would reduce real GDP in the economy. Thus, monetary policy would lead to a worse outcome for the real economy than caused by the shock alone.”

Most governments, especially in emerging markets where supply shocks are common, are hence apprehensive of FIT. Plus, there is a natural tendency to blame lack of growth on tighter monetary policy, taking attention away from larger structural issues where fiscal intervention is needed.

Businesses also tend to oppose FIT, linking higher rates to a lower investment appetite which may be a disingenuous claim.

Raghuram Rajan, ex-RBI Governor who pushed for FIT, in his book “I do What I do” elaborates: “I have yet to meet an industrialist who does not want lower rates, whatever the level of rates. But will a lower policy interest rate today give him more incentive to invest?”

Answering his rhetoric himself, he claims: “Even if [RBI cuts] policy rates, we don’t believe banks, who are paying higher deposit rates, will cut their lending rates. The reason is that the depositor, given her high inflationary expectations, will not settle for less than the rates banks are paying her. Inflation is placing a floor on deposit rates, and thus on lending rates.”

What, you may wonder, is the solution? A popular alternative suggested by many has been to track the growth in Nominal GDP (NGDP targeting), instead of inflation. NGDP growth is basically the sum of inflation and real GDP growth.

The idea here is that in supply shock-driven inflation, though the inflation component of NGDP would go up, the real GDP component would go down. Whilst a FIT regime would drive up rates to control inflation but be at the risk of pushing real GDP down further, the NGDP target would be a more holistic measure in that situation, warranting a less dramatic response.

Optically it literally combines the objective of price stability and growth. It would, however, widen the mandate and accountability of the central bank, as per a view shared by The Economist, while it was pushing for a NGDP target framework for the US Federal Reserve (Fed).

“A Central bank with an explicit NGDP level target would have faced (appropriately) intense pressure to do much more much sooner than one with the Fed’s present, vague focus on an inflation target as a means to broader macro-economic stability,” The Economist said.