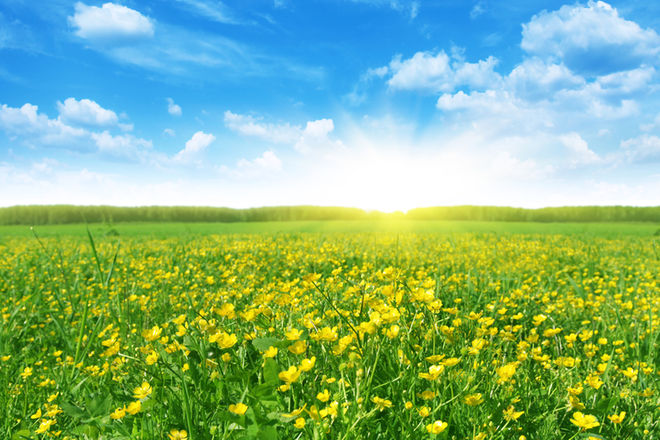 Its arrival this year has been announced not only by a respite from winter’s bitter cold and green leaf-buds dotting the barren, frost-smitten countryside, but more so in the hopes and prayers of locals that the season would ensure uninterrupted education for their children, better tourism, trade and, above all, a modicum of normalcy.

As a good omen, a trickle of tourists has already started and hoteliers, taxi drivers, shikarawallahs, houseboat owners and handicraft artisans are looking forward to better days ahead.

“We had adventure-loving tourists this winter though their numbers were not very large. They came to see the snowfall and take part in winter sports.

“Now, we are expecting honeymooners and nature lovers to throng the Valley this spring. Bird watchers have traditionally been coming to Kashmir during the spring season in the past,” said an official of the state Tourism Department.

The official also said many tourists come to see the serene lakes and roaring mountain streams while others arrive here to simply relax and bask in the soothing spring sunshine on the deck a houseboat floating on the state’s many lakes.

Snow-clad mountain peaks provide an idyllic backdrop to the warmth of the spring sunshine, which nudges basking locals and tourists to laze around for hours.

Many birds return to the Valley in spring after spending the winter months at warmer places, while others like geese, mallards, teals, pochards, wigeons, coots, shovelers and others start leaving for their summer homes in Siberia, China and Eastern Europe.

Sandhill cranes and cormorants arrive here in spring from the Indian plains to spend some time before they also migrate to their summer homes.

Orioles, cuckoos, starlings, nightingales, hoopoes and doves arrive in spring to bring the Valley back to life with their songs and magnificent colours.

Last year’s five-month-long summer unrest literally broke the back of the Valley’s economy as everyone connected with trade, tourism and industry suffered immensely. The financial losses have been nothing in comparison to the loss of precious lives and disabling eye injuries suffered by scores of youth and children.

Spring has always been the season of hope in the Valley.

As winter clothes and the lethargy of the bitter cold are left behind, one can only hope that the song of the oriole and the clatter of the hoopoe gives Kashmiris a new lease of life.