Apparel exports from India jumped by 24.96 percent to $1.49 billion in May, helped by strong demands in non-traditional markets like Latin America, West Asia, Southern Africa and East Asia, even though shipments to the US and Europe remained sluggish. 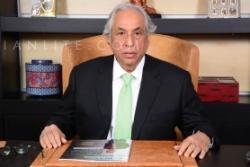 AEPC chairman Virender Uppal expressed happiness over the impressive growth registered by the garment export industry for the month of May 2014.

The value of apparel exports in the first two months of the current fiscal stand at $2.81 billion, which is 20 percent higher than $2.35 billion exports registered in the corresponding period of last fiscal.

Commenting on the figure, Uppal said Indian exports have done exceedingly well in the past few months.

He said some problems related to the garment industry in the major competing countries like China and Bangladesh helped Indian exports.

China’s garment industry faced serious labour problem, while Myanmar and Bangladesh are facing the problem of non-compliance for the large number of factories.

“This impressive growth of 25 percent is a clear cut indication that India is emerging as one of the top sourcing and compliant destinations in the world,” Uppal said.