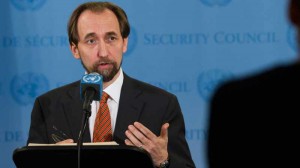 “I am going to be the first High Commissioner from the Asian continent and from the Muslim and Arab worlds,” Zeid al-Hussein said after the approval.

Zeid al-Hussein is currently Jordan’s Permanent Representative to the UN, a post he previously held from 2000 to 2007.

He also served as Jordan’s Deputy Permanent Representative to the UN from 1996 to 2000.

The post of the High Commissioner for Human Rights was established by the UNGA in 1993 to promote and protect the effective enjoyment by all people of all civil, cultural, economic, political and social rights, including the right to development.