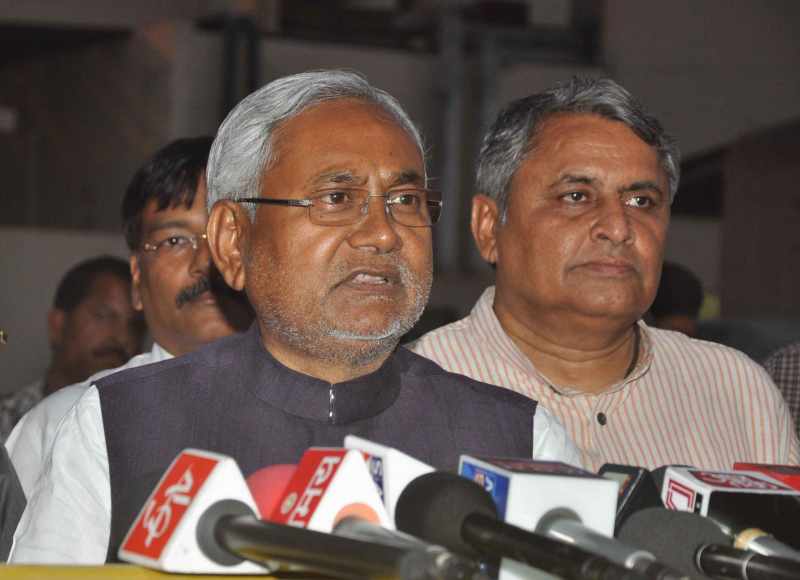 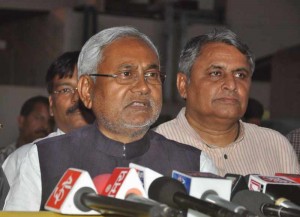 The JD-U legislature party is expected to elect a new leader Sunday as Nitish Kumar, who quit as Bihar chief minister Saturday following his party’s rout in the Lok Sabha polls, is unwilling to take back his resignation.

JD-U leaders close to Nitish Kumar said he has made up his mind to vacate official residence and will shift to a nearby house. It is clear that Nitish Kumar will not withdraw his resignation, they said.

The JD-U legislature party is now likely to elect a new leader at its meet Sunday evening in the presence of party president Sharad Yadav, who arrived here from Delhi, as well as Nitish Kumar.

Sharad Yadav, who has himself lost in the Lok Sabha polls, made it clear that Nitish Kumar has resigned and the JD-U legislature party will elect its new leader.

“We will elect a new leader in the meeting of the party legislators and let you know,” Yadav told media persons.

The JD-U won only two of the state’s 40 Lok Sabha seats – as against 20 seats 2009, when it was in alliance with the Bharatiya Janata Party. The JD-U parted ways with the BJP last year ending a 17-year long tie-up.

“We may try to form next government if situation demands,” Modi said.

In the 243-member assembly, the JD-U has 115 legislators while the BJP has got 90. The RJD is placed third with 22 lawmakers, including its 11 rebels, the Congress has four and others are eight.

Nitish Kumar said Saturday that he has not recommended the dissolution of the assembly.

According to JD-U sources, the names of at least three leaders are doing rounds to succeed Nitish Kumar. They are state party president Bashisht Narain Singh, Narendra Singh and Vijay Kumar Choudhary.

“It will be finalised in the party meeting only,” a JD-U leader said.

He said the JD-U is the first political party in the country that has initiated a move to safeguard constitution of the country following the recently concluded Lok Sabha polls.

A large number of party legislators, leaders and workers have reiterated their support to Nitish Kumar and asserted they would persuade him to continue.

Khan said: “We will convince him with support of all party legislators.”

Another JD-U legislator, Narender Singh said the party will try its best to persuade Nitish Kumar to take the responsibility to continue heading the government.

After a Narendra Modi wave crushed both the JD-U and Lalu Prasad’s RJD in the general elections in Bihar, there are reports that the JD-U and RJD may join hands to take on powerful surge of the BJP.

Even the JD-U has hinted of initiating dialogue with Congress leadership in Delhi for support to run government in Bihar.