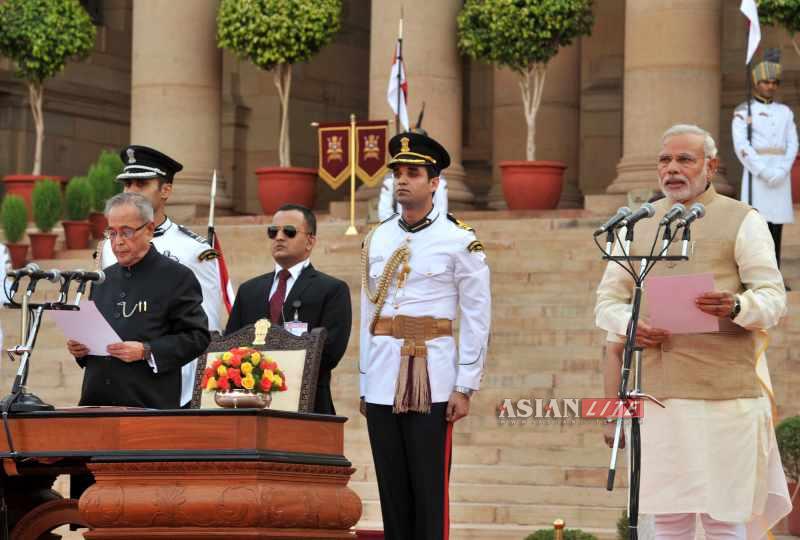 They came, they saw and he conquered. There was nothing really to complain about at the ceremonials that led to the oath taking of Narendra Modi as Prime Minister of India. Great visuals, splendid atmosphere, mostly the right people, efficient and with just the right touch of pomp and style, marred by some unnecessary chanting of Modi’s name at such an august gathering. Time to stop all that and maintain the dignity of the occasion.

The pledge was short and clear and spoken with dignity. The more curious among us enjoyed watching the protocol puzzle fall into place and it has to be said it was done with maximum grace and minimum bruising. Even Sonia Gandhi added a bit of sentimental nostalgia and the presence of seven heads of state from the neighbourhood was definitely a coup for the fledgling government and its leader.

A touch of cinematic paradox was added with a live telecast of the PM’s mother watching the ceremony on a 32inch TV at home in Gandhinagar, the capital of Gujarat. The humble home versus the grandeur of Rashtrapathi Bhavan made for a touching if mildly contrived contrast. For most Indians it would have generated a lump in the throat. What did stir emotion was the underplayed manner in which Modi arrived, sat and then took the oath and the strains of the national anthem prickled the eyes for sure.

A pretty good show, actually ,a first rate start and one worthy of the new era and the promise of a fresh beginning. 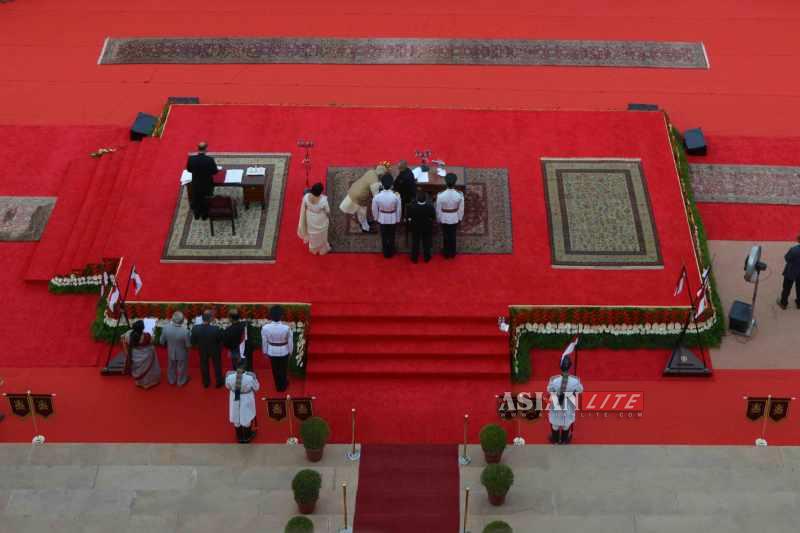