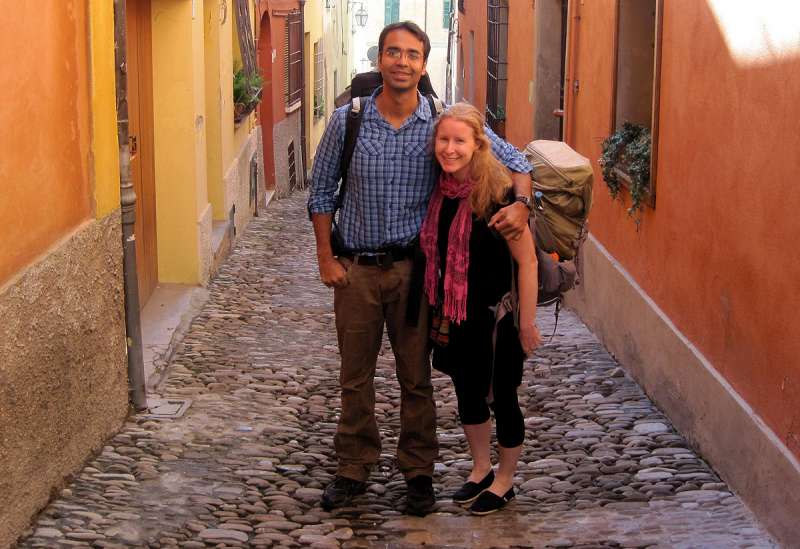 He left his cushy job as a top executive in a New York firm to search for that elusive answer about death and suffering. After a year-long sabbatical through a Buddhist retreat in the Scottish ighlands to the rugged terrain of the Himalayas, writer Karan Bajaj says he has just “scratched the surface” and “one lifetime will not be enough” for his quest. But the outcome of his soul searching journey is his third novel, “The Seeker” .

Published worldwide by Penguin Random House India and released in India on June 11, “The Seeker” is the story of an investment banker in New York who embarks on a journey to become a yogi in the Himalayas.

Bajaj, 35, whose first novel ‘Keep off the Grass’ was a bestseller which is now being turned into a movie, said he is trying to live like a “yogi”. Even after returning to New York and joining another firm as an executive, he is trying to work with complete “selflessness and honesty”.

Asked why he chose the unconventional path of leaving everything in search of answers, Bajaj said: “The Bhagavad Gita says that each man’s soul cries for the infinite in the finite world, hence that indescribable feeling of something missing from one’s grasp even in moments of deep achievement.”

“We all hear that call. I think it was less courage and more necessity that made me answer it.

“My mother’s young, untimely death from cancer unsettled me quite a bit and forced me to confront the questions about the cause of suffering and death that had been in the back of my mind for years,” said Bajaj, who spent his childhood almost like a nomad changing 12 schools in as many years as his father was in the Indian Army.

So, did he find the answers after his roller-coaster journey in which his wife Kerry was also a partner? “I ask myself that question often. I think I came back because I still feel a need to push myself more in the man-made world before I opt out of it,” Bajaj said.

Bajaj is a believer in the Yoga Sutras ethos that “man’s purpose is first evolution, then involution: an eagle in perfect rhythm flaps its wings high, then brings them down gracefully. If it kept flapping higher, its wings would break. If it always kept its wings down, it would never experience flight”.

Bajaj, who was a Top 10 bestselling Indian novelist in 2008 (“Keep off the Grass”) and 2010 (“Johnny Gone Down”), said that we must first push ourselves to stretch, grow and experience the world, then detach from it.

“I’m still in the growth phase and want to push myself more in my writing and my career. If I enter the detachment phase, my choices may become different,” said Bajaj, who graduated from the Indian Institute of Management-Bangalore in 2002 after obtaining an engineering degree from the Birla Institute of Technology, Ranchi, in 2000.

Recounting his year-long spiritual and creative sabbatical, Bajaj said he and his wife first went to a Buddhist retreat in the Scottish Highlands, then traveled from Europe to India by road in buses, trains and ferries and also hiked, with no particular destination in mind.

Once in India, they stayed at the Sivananda Ashram in south India and learnt to become yoga teachers, then lived in the Himalayas, learning meditation and hiking. Thereafter, en route to the US, they spent three months in an artist’s residency in Portugal, researching and writing.

So how much of his journeys are reflected in his third novel?

The protagonist Max’s rugged external adventure from the “dark underbelly of New York to a world of hidden ashrams, surreal night markets, and remote caves in India” is partially inspired by his journey, said Bajaj, who was selected as one of the top 10 young business leaders of India by the Aditya Birla Foundation and has worked in the Philippines, Singapore and the US, as also in Europe.

He has of course fictionalised it to “make it much more pulsating and interesting”.

The couple’s sabbatical did change them – so much so that they now have stopped drinking alcohol and try not to waste time in superficial chatter.

Even their friends’ circle has changed.

“We got rid of our TV. We’re reading books much more selectively than before so as to keep our ideas pure. Every day, something changes,” explained Bajaj, who practices yoga and mediates every day as he feels it is “crucial” to his well-being.

Also, in his quest to live like a yogi, he said he is trying to imbibe “the yogic ethos of dissolving narrow sense of self and becoming a mere medium for consciousness to express itself”.

“The Buddha said that there are three phases of learning – reading, reflection and experience. I think I’ve gotten most of my answers from reading and reflecting. Experiencewise, I’ve barely scratched the surface. I don’t think one lifetime will be enough,” Bajaj said.