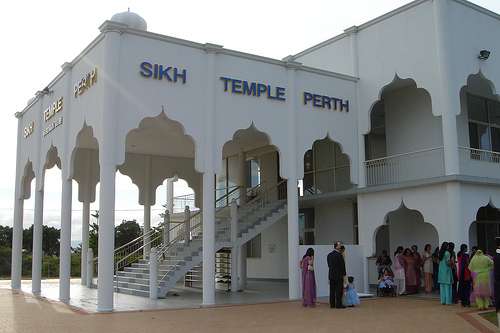 In an incident of mistaken identity in Australia’s Perth city, a Gurdwara was spray-painted by vandals with anti-Muslim graffiti.

“I think they have confused us with Arabs or Muslims,” he said. “They have spray-painted abuse at Muslims and Arabs, and they have sprayed ‘Aussie Pride’ and other rubbish like that, lots of bad language.”

“They’ve covered a big area and we will probably have to do a lot of re-painting, and they’ve sprayed it on granite and marble and that could be really expensive to replace.”

Singh said the vandals had to realise that spray-painting their temple not only hurt the Sikh community, but also the nation as a whole.