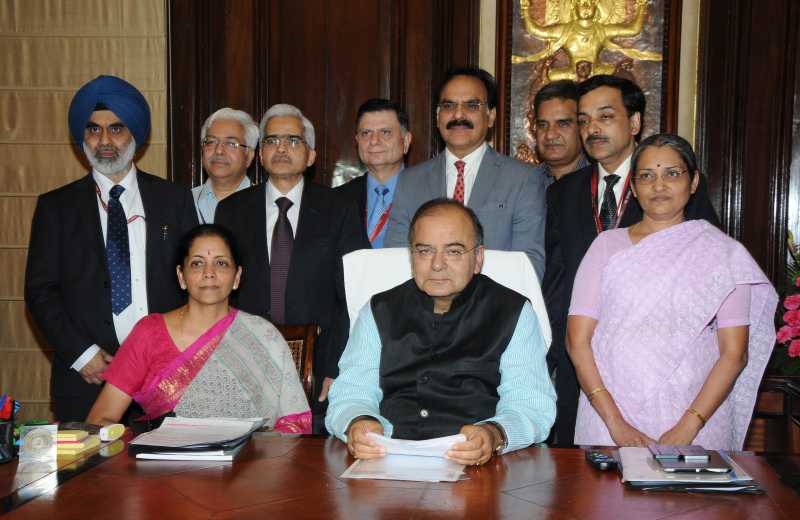 “People of India have voted decisively for change,” Jaitley said. “Steps I will unveil in the budget will aim at 7-8 percent growth over the next three-four years, lower inflation, less fiscal deficit and a manageable current account deficit.”

The minister said given the state of the economy today, high inflation, low growth and moderate rise in tax collections, the fiscal deficit target of 4.1 percent of India’s gross domestic product set by his predecessor P. Chidambaram was a “daunting” task.

“But I have decided to accept this target as a challenge,” he said, adding he will seek to further bring down the fiscal deficit to 3.6 percent for the next fiscal and to 3 percent in the year after.

He said the country cannot be made to suffer due to indecisiveness and populism and there was an urgent need to revive growth in manufacturing and infrastructure. “We will also examine proposals for more autonomy to banks.”

The finance minister said possibility of a poor monsoon and the Iraq crisis were key challenges with a bearing on both government finances and inflation. But he said the situation will be monitored closely to initiate immediate corrective steps.

“Financial stability is the foundation of our recovery.”

Jaitley also promised early introduction of the pan-India goods and services tax, while assuring the domestic and global investment community of predictability in the tax regime to restore confidence on the country’s prospects. The budget for the current fiscal comes against the backdrop of the Economic Survey 2013-14, the annual report card on the state of the nation, which has termed inflation-control, job creation and pushing growth as the three main challenges, while calling for a fresh dose of reforms.

Expectations have been high from the budget after Modi came into power with a landslide victory in the general elections, mainly on the promise of ushering in happy days for India’s 1.2 billion people by creating more jobs, providing relief from price rise and reviving growth.

Among the various measures, Jaitley announced a national multi-scale programme called Skill India for providing training to youth and their employment, a national irrigation scheme and a smart city with an investment of over $1 billion as part of the larger plan for 100 such projects.