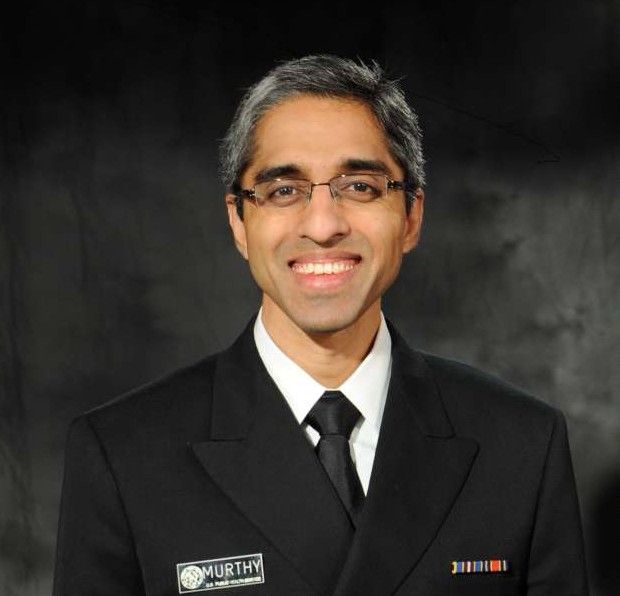 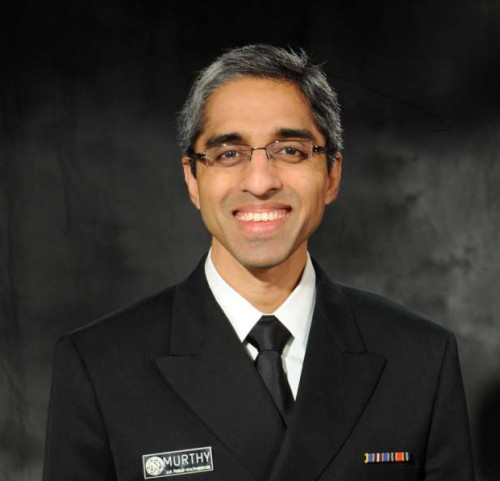 Son of Indian immigrant parents, Dr. Vivek Murthy says his rise to the position of “America’s Doctor” was improbable but he got where he was by standing on principle.

“As I look around this arena, I am struck by a simple truth: by any reasonable measure, I shouldn’t be standing here,” he said at his ceremonial swearing in as America’s 19th surgeon general at Fort Myer, Virginia. “My family was never supposed to have left our ancestral village (of Hallegere in Karnataka’s Mandya district). My father is the son of a farmer in rural India.

“He was supposed to have been a farmer, as was I,” recalled Murthy, 37, as a crowd of supporters that included Vice President Joe Biden watched.

“But for my grandfather’s insistence that his son get an education – even if that meant going into debt – we might have never left that village to go out in the world and – as my grandfather also insisted – start fixing what needed fixing.”

“We were not supposed to have become Americans. My parents stopped in three other countries – including a brutal dictatorship – on their journey to get here,” said Murthy, who is now the highest ranking Indian-American in the Obama Administration.

“They saved up money and scrounged for information about job opportunities, always knowing that America was the destination,” he said.

“They knew that here – more than any other place in the world – they would not be limited because of who they were or where they came from.

“And in Miami, they found a community of immigrants from all over the world who continue to hold on to that vision of America as an article of faith,” said Murthy.

And even after being nominated for this job by President Barack Obama, “I almost didn’t get to be your Surgeon General,” he said alluding to the opposition of the powerful gun lobby that left him cooling his heels for more than a year.

“Had it not been for so many of you in this room – and thousands of dedicated individuals that I have never even met – I would not be standing here. We got here by standing on principle,” said Murthy.

According to the surgeon general’s website, Murthy graduated from high school in Miami and then received his bachelor’s degree from Harvard.

From there, he earned his medical degree and master’s in business adminisration at Yale University.

In addition to practicing internal medicine at Brigham and Women’s Hospital, he in 2009 started a nonprofit, Doctors for America, composed of thousands of doctors and medical students supporting Obama’s healthcare initiatives.

Biden too jabbed the Senate for the delay in confirming Murthy at his swearing-in ceremony Wednesday.

“Thankfully, the people that held up the nomination don’t have to wait that long for a doctor’s appointment,” he said.

Murthy’s nomination was opposed by the National Rifle Association, which publicised tweets where he called guns a “public health issue” and said members of Congress were “scared of the NRA.”