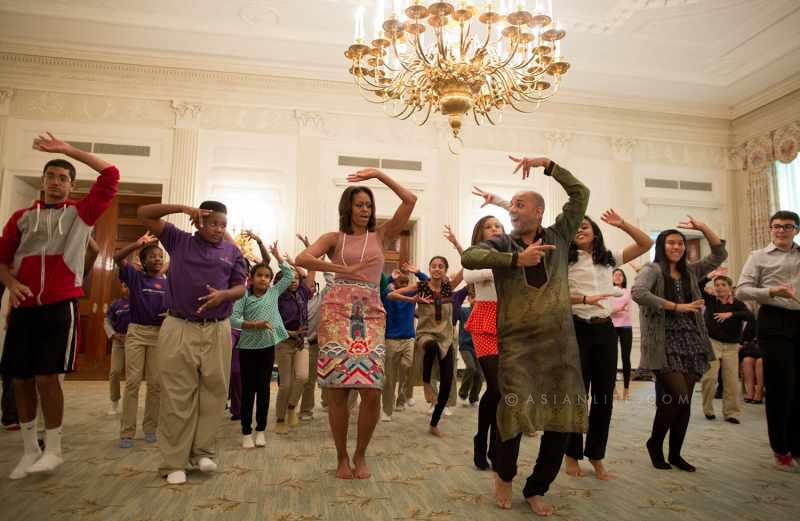 Several Indian diaspora organisations representing people from four corners of India are marking the July 4 American independence day with a celebration of their own culture, language and cuisine across the US.

Celebrities like first ever Indian-American Miss USA Nina Davuluri and central and state ministers from various Indian states are also expected to attend, organizers said.
Literary legends like Garikapati Narasimha Rao, Jonnavithula, film writer Ananth Sriram, poet Acharya K. Venkata Reddy and writers Saradapurna Sonty and Satyam Upadrashta are also likely to attend the literary sessions.
Delicious dishes representing various regions of Telangana, coastal Andhra and Rayalaseema would be served at the event.
The Rajasthan Association of North America (RANA) is hosting the 4th Rajasthani International Convention at the Islandia Marriott on Long Island, New York, from July 3 to July 6.
The theme of this convention is to help build a Healthy and Literate Rajasthan with RANA striving to play an integral part in the infrastructure development of Rajasthan in the fields of Education, Healthcare, Information Technology and Solar Energy amongst others.
A musical revue – Rangeelo Rajasthan, presented by Dhwani will showcase the glory of Rajasthan with folk dancers and traditional folk music with a touch of Bollywood.
Mouth-watering vegetarian cuisine prepared by authentic ingredients will be provided on all the days prepared by chefs specially flown in from Rajasthan, the organisers said.
Federation of Tamil sangams of North America (FeTNA) is holding its annual convention from July 3 to July 6 at Chaifetz Arena in St. Louis, Missouri.
Highlights include Tamil American Pioneer awards, special sessions for Tamil Young Professionals, Continued Medical Education (CME) and entrepreneurs. There will also be a Kalanthuraiyadal/literary meeting Sunday.
In a message of greetings and best wishes to FeTNA members, former president of India APJ Abdul Kalam said: “I am sure the growth of Tamil language depends on how much it is used in the way of life and also on the job we do.
“I am sure the FeTNA as an umbrella organization of Tamil Sangams representing half a million members will strive towards that goal,” he said.
The North America Bengali Conference (NABC) is holding its annual event in Orlando, Florida from July 4 to 6 with the theme of “Banglar Roop o Roopkatha – The Canvas of Bengal”.
The Federation of Kerala Associations in North America (FOKANA) is holding its 16th annual convention from July 4 to 6 in Rosemont, Illinois, northwest of Chicago.