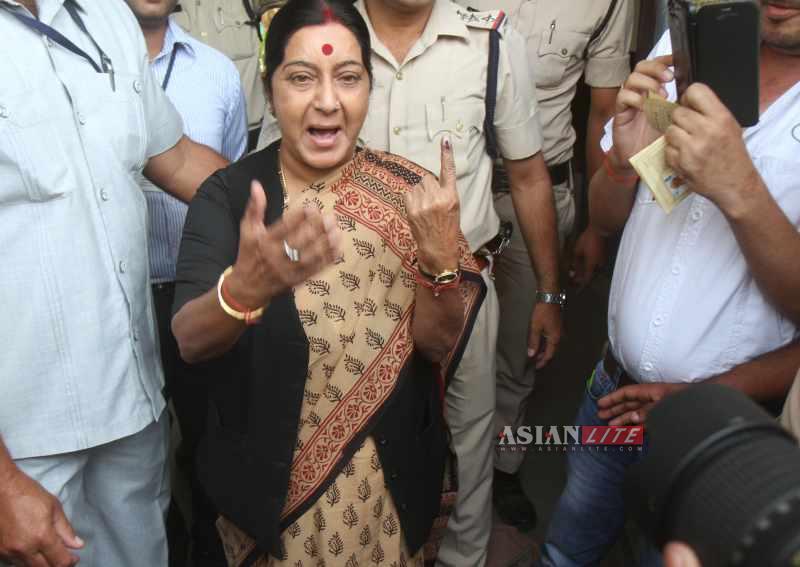 I have no problem with Sushma Swaraj being India’s Foreign Minister and not speaking English. No big deal. And if Mr Modi wants to speak only Hindi and Gujarati go for it, mate, English does not make a difference to your capability, drawing room elitists be damned.
But if I am listening to an English channel on TV and you profess to be professionals then it is incumbent on you to rise to an acceptable level of speech. You cannot ‘cope up’ with the effort because all we want you to do is cope.
Not be a Sir John Gielgud or Richard Burton but stop making all of us wery, wery velcome when you address us.
For example here is ten minutes from this morning.

We went in for new innovations. Like there are old innovations.
The ‘devlupmunt’ plans of the new PM.
The new Cabinet unveiled. No, it is not. It is revealed. Has a French derivation. Unveiled is when it is under a cloth or canvas.
‘Should also knows’ …so speaketh a commentator on a major channel.
The air force has taken over air security. Really?

Things are very, very hectic…as compared to mildly hectic, I guess.
“He is expected to be the NSA ‘ adwicer’ to the new government.
‘Take oath’…from an anchor on a news channel.
The ‘pronounciation’ of the Cabinet…say what??????