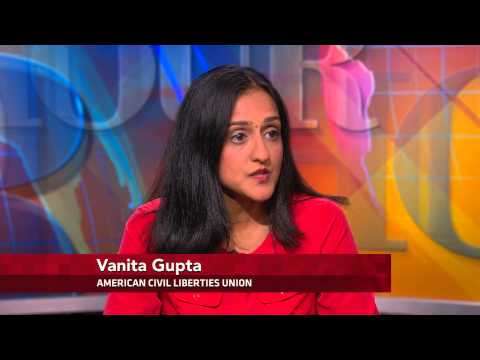 Indian-American lawyer Vanita Gupta has been chosen to lead US justice department’s civil rights division charged with enforcing laws that prevent discrimination and inequitable practices in housing, education and employment.

Named Acting Assistant Attorney General Wednesday, the first South Asian American lawyer to get the job, is expected to be nominated by President Barack Obama for the permanent position in the coming months.

“Vanita has spent her entire career working to ensure that our nation lives up to its promise of equal justice for all,” said Attorney General Eric Holder announcing her appointment.

“Even as she has done trailblazing work as a civil rights lawyer, Vanita is also known as a unifier and consensus builder. She has a knack for bridging differences and building coalitions to drive progress,” he said.

“I am certain that Vanita will serve as a sound steward of this critical division,” Holder said.

Prior to joining the justice department, Gupta served as deputy legal director of the American Civil Liberties Union and director of its Centre for Justice. Previously, she was an attorney for its Racial Justice Programme.

Over her career, Gupta has earned a reputation for working closely and collaboratively with law enforcement, departments of corrections and across the political spectrum to advance smart policing and criminal justice

reforms, according to her official profile.

Through her work with the ACLU, she has been involved in reform initiatives around the country pertaining to federal and state policing, sentencing, drug policy and criminal law.

Her recent work has focused on building a bipartisan consensus to end overreliance on incarceration.

Gupta began her career as a lawyer with the NAACP Legal Defence and Educational Fund. She has also taught civil rights litigation and advocacy clinics at New York University School of Law since 2008.

Her first case involved leading an effort to win the release of 35 defendants in Tulia, Texas, whose drug convictions and lengthy sentences were discredited by the work of Gupta and the legal team of private bar

All of the defendants were eventually pardoned in 2003 by Governor Rick Perry, and she helped to negotiate a $6 million settlement for those arrested.

“Vanita Gupta is the ideal choice to head the Civil Rights Division given her vast experience and stellar reputation in the civil rights community,” said Suman Raghunathan, Executive Director of SAALT.