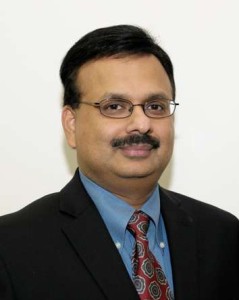 India-born scientist Dr Thomas John Colacot has won the American Chemical Society’s ACS Award in Industrial Chemistry, one of the top honours in the field.

Colacot, who studied at St Berchman’s College, Changanacherry, Kerala and IIT, Chennai, is the first Indian to get the award in industrial chemistry. He also holds an MBA degree and was elected as a Fellow of the Royal Society of Chemistry

Currently Global R&D manager in the homogenous catalysis area at Johnson Matthey, a specialty chemicals company, Colacot directs research in US, UK and in Indian labs.

‘The ACS is proud to recognize your outstanding contributions to the development and commercialization of ligands and precatalysts for metal-catalyzed organic synthesis, particularly cross-couplings, for industrial and academic use and applications,’ a letter from Tom Barton, president of ACS noted.

The 2015 national awards recipients will be honoured at the awards ceremony in conjunction with the 249th ACS national meeting in Denver, Colorado in March next year.

Colacot had received Royal Society of Chemistry’s RSC Applied Catalysis Award in 2012 for his contributions to the area of catalysis. His work on ‘cross-coupling’ is particularly acclaimed.

Colacot joined Johnson Matthey, USA in 1995 and started working in the area of palladium catalyzed cross-coupling.

The catalysts developed in his labs are currently used to make new drugs for Hepatitis C, a deadly disease with no cure, one pill per week for type II diabetics, and many hypertension drugs.

His book on ‘New Trends in Cross-Coupling: Theory and Applications’ is scheduled to be published in October, 2014 by the Royal Society of Chemistry.

He is also PhD thesis examiner to many IITs and visiting faculty at Rutgers University.