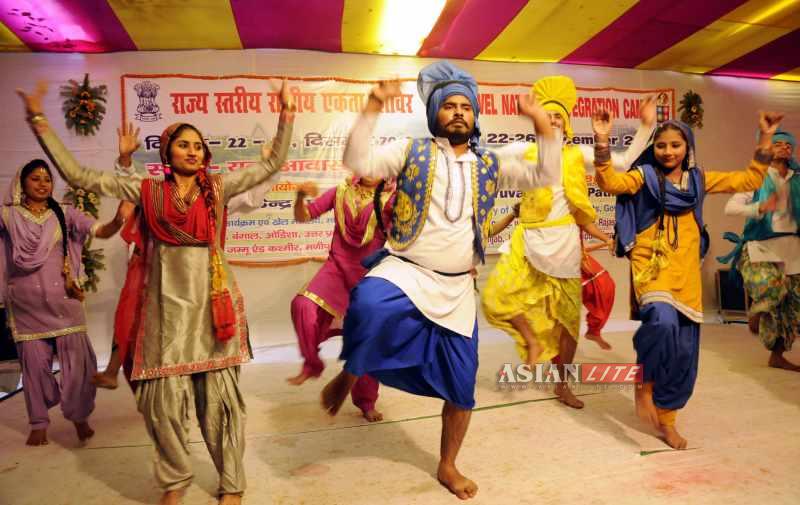 Jaideep Sarin says a heritage scam brewing in Chandigarh. An iron manhole cover bearing the master plan of Chandigarh by its founder-architect Le Corbusier was sold as “junk” for a paltry Rs.100 ($1.70) by the authorities here. It fetched a whopping $21,000 (Rs.830,000) at a Christie’s auction in New York in 2007. Asian Lite, the best newspaper for NRIs will follow the scam

With hundreds of “junked” heritage items from Chandigarh being disposed of by government departments finding their way to international auctions in New York, London, Chicago, Paris and other places, the taint of a scam is now brewing here.

With leading auction houses making millions via Chandigarh’s heritage in recent years, city-based lawyer Ajay Jagga has written to the union ministry of culture to get the entire “scam” probed by the Central Bureau of Investigation (CBI).

“The sale of heritage items by way of junk is actually an Indian Heritage Scam and the modus operandi is similar to that of 2G scam. If the administration considered it as junk then they should have sold these items by way of a global or international auction to foreign auction houses. They would have earned crores (of rupees) for the Chandigarh Administration,” Jagga stated in his communication to the ministry.
Most of the city’s heritage, personally designed by French architect Le Corbusier and his cousin Pierre Jeanneret in the 1950s and 1960s when the city was being built, is said to have been disposed of as “junk” by government departments and institutions like Panjab University here.
“The heritage items were smuggled and shipped out from the country and found their way to auction houses in the US, Britain and Europe. Much of this heritage was dumped and taken out in the 1980s and 1990s. I don’t think it could have happened without the connivance of officers at various levels,” a retired senior officer of the Chandigarh Administration told IANS here.

Chicago-based Wright has planned another auction of Chandigarh’s items June 12. The auction house, which has sold over 200 items from Chandigarh in the past two years and earned over Rs 10 crore, is all set to auction two lounge chairs, armchairs and dining tables. The reserve price is up to Rs 35 lakh.
“The action of those who have sold these heritage items as junk has caused wrongful loss to the government by criminal conduct and hence it is necessary that the matter be probed by an agency like CBI to unearth the scandal in this regard and register FIRs against the guilty officials,” Jagga demanded.
He pointed out that Chandigarh’s urban planning secretary wrote to Artcurial in February 2010 on the auction of Corbusier’s sketches of Chandigarh. “But what happened later is not known,” Jagga noted.
To cover up for the lost heritage, the administration wrote to all government departments in Chandigarh to prepare an inventory of heritage items with them. Even this was not seriously followed up.