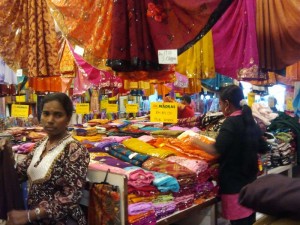 A spin or not, Biden who went on become vice president in 2008, was speaking a home truth as according to the Asian-American Convenience Store Owners Association its 50,000 members own over 80,000 convenience stores.

But this very ubiquitous presence of Indian-owned convenience store often makes them the target of attacks as it happened in Ferguson, a small pre-dominantly black town in Missouri which erupted into violent protests after a White policeman shot dead an unarmed black teenager on Aug 9.

However, local Asian-American business owners cited by the Beast said they don’t think looters targeted them because of their race.

Robberies appear to be an occupational hazard for those running a convenience store.

Meanwhile, as hundreds rallied Saturday in Ferguson for slain Michael Brown with a pledge to continue national discourse about police tactics and race many of the businesses’ windows remain boarded up, though most have reopened, according to local media reports.

But while “Ferguson has held in relief issues related to systemic racism in America… the plight of Asian American store owners is left out of the conversations between the white and black America,” as the ethnic South Asia Times put it.

Asian News from UK
Leading Newspaper for Politics, Business & Economy
NRI News
We use cookies on our website to give you the most relevant experience by remembering your preferences and repeat visits. By clicking “Accept”, you consent to the use of ALL the cookies.
Cookie settingsACCEPT
Manage consent