From the Bard TO Bollywood, 2017 will be UK-India Year of Culture. The project includes Shakespeare’s first folio and Magna Carta – to tour India and British Library South Asian archives to be  digitised and popular Bollywood waxworks to feature in new Madame Tussauds in New Delhi….reports Asian Lite News 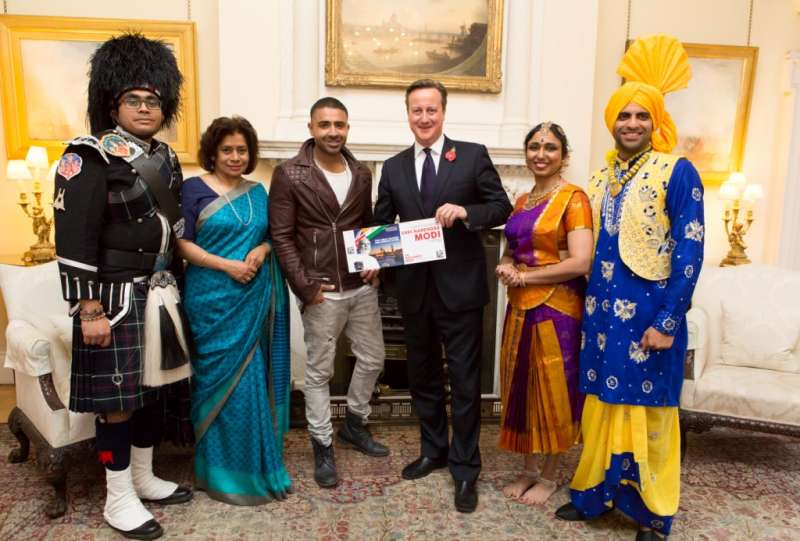 Prime Minister David Cameron said 2017 will be the Year of Culture to celebrate the 70th anniversary of Indian independence and UK cultural ties.

“The Year of Culture 2017 will see an exciting festival of events celebrating the vibrant cultural history of the two countries,” said Cameron.

Top UK institutions will partner with their Indian counterparts to strengthen cultural and economic ties between the two nations, and showcase British creativity on the global stage.

“The great partnership between India and the UK extends beyond economic ties to the boards of The Bard and the beaches of Bollywood. We have some of the best cultural exports in the world – and it’sabout time we celebrated this, together,” Cameron added.

The India-UK Year of Culture will be a curated programme that gives audiences in India and the UK access to inspirational, engaging and diverse art, music, theatre, design, performing arts, film and literature and more. The India programme in the UK will be led by the Ministry of Culture in India, the Nehru Centre and other Indian cultural organisations in the UK, working with the British Council as partner.

To mark the start of this cultural pairing, the British Library will be digitising 200,000 pages of their South Asian archives. Two Centuries of Indian Print will be part of a major programme to make the wealth of Indian printed books held by the British Library dating from 1714 to 1914 accessible to anyone around the globe.

Madame Tussauds – whose Bollywood figures are some of the most popular in London – has also announced its first Indian venture in New Delhi, scheduled to open in 2017.

Parent group Merlin is set to invest £50m in India over ten years, rolling out other UK favourites – such as SEA LIFE aquariums and LEGOLAND Discovery Centres – across Indian cities.

Two of the most iconic British texts will tour India as part of the programme. The British Library will showcase Shakespeare’s First Folio – the first collected edition of the Bard’s plays – and the 1225 edition of the Magna Carta.

One of India’s premier museums – the CSMVS Mumbai – will tell the story of Indian civilisation in the context of world history using some items on loan from the British Museum.

The UK is already a big hit with Indian tourists. Last year saw a record breaking 400,000 visits to the UK from India and in the first half of 2015 Indian tourists spent £199 million during their stays.

“The UK has an incredibly special relationship with India – not just economically and through our historic ties – but culturally, through our music, our theatre, our design and much more,” British Culture Secretary John Whittingdale said.  “An India-UK Year of Culture is a great opportunity for both our nations – strengthening this dynamic cultural partnership and driving even more innovative ways to work together to make great art.”

The 2017 India-UK Year of Culture will include:

A Festival of India in the UK: A dynamic festival of arts and culture led by India’s cultural organisations in the UK.

Magna Carta tour: The British Library’s Magna Carta 1225 edition will be travelling to India. Accompanying the exhibition will be a series of public events that will include talks, debates and performances.

India and the World: An exhibition at the CSMVS Mumbai that brings together a collection, some on loan from the British Museum, and others from private and museum collections in India. It will tell the story of Indian history and civilisation in the wider context of simultaneous events in world history.

Rob Lynes, British Council Director in India, said: “The UK and India have a long and rich history of cultural exchange and collaboration. This 2017 Year of Culture will offer us a chance to celebrate our shared heritage and build a wonderful platform for the 21st century”.

Roly Keating, Chief Executive, British Library, said: “It is the mission of the British Library to make the vast intellectual and cultural resources we hold accessible to anyone, anywhere. By digitising some of the riches held in our South Asian printed collections, we want to enable people all over the world to appreciate India’s great cultural heritage in new and innovative ways. In India itself, the National Virtual library of India is ushering in a new era for digital research – this exciting project will make more than a million pages of historic content available to researchers in the subcontinent.”

The British Library holds the finest collection South Asian literature in the world. The project will include the digitisation of more than 7 million pages from Asian-language books as well as significant selections of manuscripts and other items from the Library’s collections, including archives, visual and sound material.