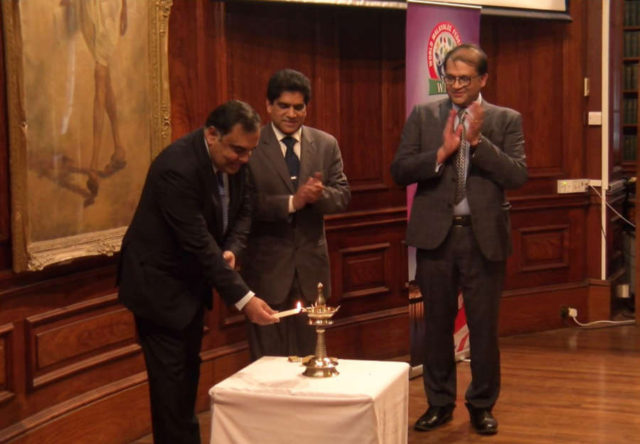 The remarkable World Malayalee federation – UK chapter has been inaugurated at the Gandhi Hall of the High Commission of India in London….reports Asian Lite News 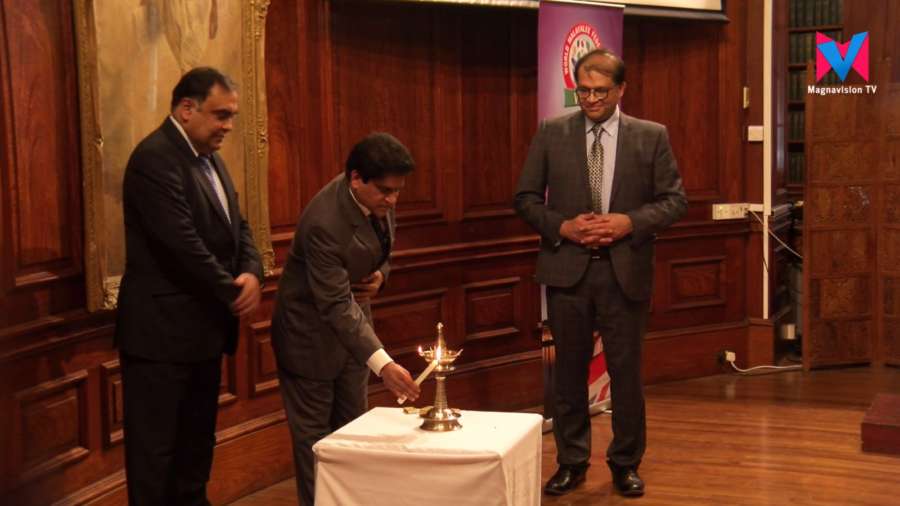 The inaugural lighting of the lamp was carried out by the High Commissioner together with Mr. Mathew Cheriankalayil (UN) & WMF- Europe Region Secretary, who arrived from Vienna, Austria for this special occasion to represent the WMF Global Team.
The World Malayalee Federation (WMF) is one of the world’s largest independent Malayalee nonprofit organisation with the aim of serving and building networks among Malayalees / Keralites, Indian Community. Headquartered in Austria, the organisation has presence in over 80 countries. 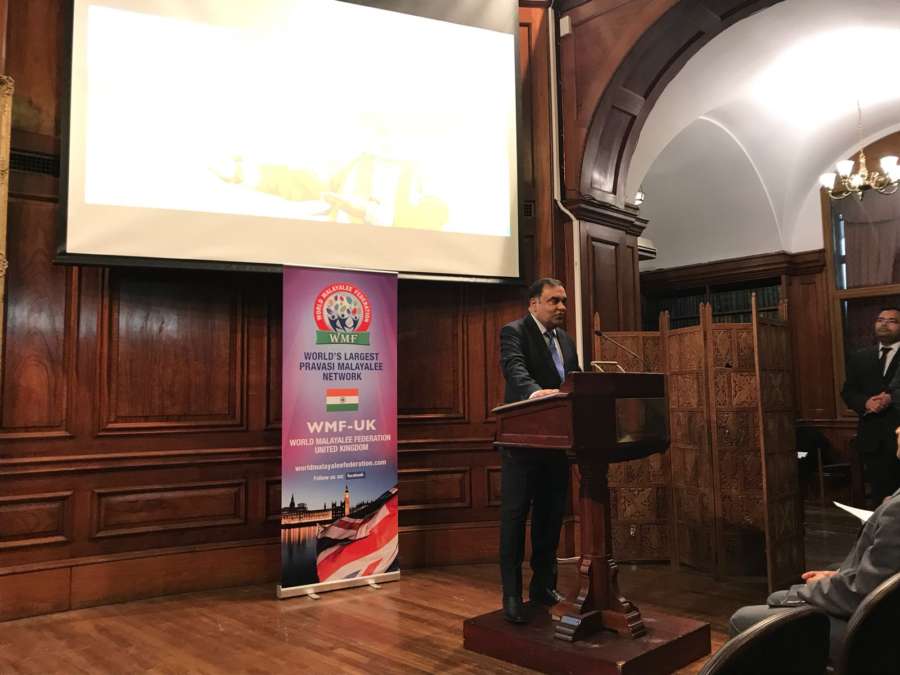 The India High Commissioner in his speech said “the Malayalees in the UK initiated the idea of community events in the High Commission and now it’s a regular feature as other communities have followed suit. He welcomed the idea of the global perceptive as a federation of Malayalees and wished success to the organisation.”
Mr. A. S. Rajan, who is the Minister (Coordination) at the High Commission said, “Kerala community is always welcome here in the High Commission”. He recalled his previous visits to the town and cities of Kerala and commented on the natural beauty and colourful dances of Kerala.
Mr. Mathew Cheriankalayil felicitated and congratulated the WMF-UK Team in the name of the Global Executive Committee. He further added “the global networking is one of the main aspects that makes WMF different from other organisations”. 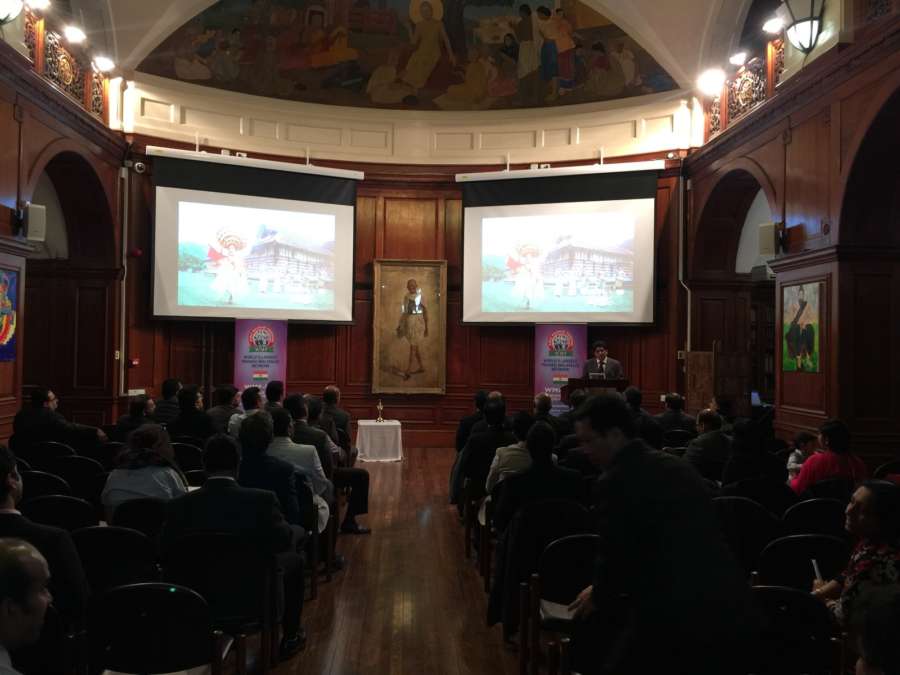 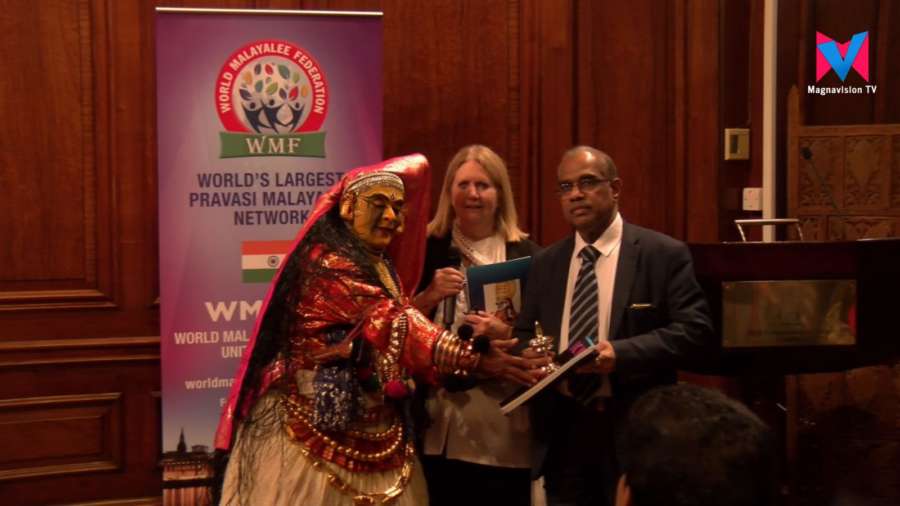 The event also had a presentation of Gajam, a music video of Indian Elephant Chirakkal Kaalidasan in ‘Gajam’ Gajaraja Himavan. The event was sponsored by State Bank of India, London. Mr. Biju Mathew (WMF-UK Co-ordinator) welcomed the audience and Mr. Suju K. Daniel, (WMF-UK Team Member) delivered vote of thanks.
Becoming a member of WMF-UK is free and all you need to do is to sign up here http://www.kushlosh.com/wmfevents/ Please see more information about the World Malayalee Federation (WMF) in the links below;
http://worldmalayaleefederation.com/ https://www.facebook.com/groups/worldmalayaleefederation/ https://www.facebook.com/worldmalayaleefederationofficial/