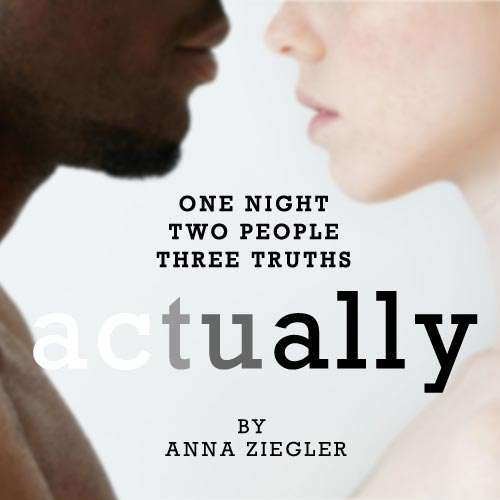 Actually at Trafalgar Studios is a play about race, truth and sexual consent explored in the first Anna Ziegler play presented in London since the Nicole Kidman starrer Photograph 51 ….writes Riccha Grrover for Asian Lite International

Announcement Productions Presents the European premiere of Actually at Trafalgar Studios. The play is about race, truth and sexual consent explored in the first Anna Ziegler play presented in London since Photograph 51.

In the age of fake news, victim shaming and #metoo; and hot on the heels of It Happened One Night (Louis Theroux/ BBC) and Sex on Trial (Channel 4), Actually is an urgent exploration into our need for an absolute truth when faced with opposing versions. Can we ever truly know what happened between two people behind closed doors?

Amber and Tom hook up at a party at their elite American university and spend the night together. They agree on drinking, they agree on attraction, but what actually happened between them?

Through conflicting accounts of a college hook up, Actually boldly delves into the messiest of grey areas and the intersectional complexities of race, religion and gender, controversially picking at our individual biases and internalised prejudices  in ‘he said, she said’ cases of sexual consent.

The performance is immersive, intense and engrossing in every way. It’s definitely worth watching for its superb narrative and artistic excellence in how it’s staged with an exceptional cast ensemble with multi-dimensional talent reserve. The production quality is very high and the stage set is intimate and along with lighting, music, sound…it’s got all must watch elements!

The theme of the production unfolds with precision in a gripping way. Overall this is a fantastic stage production and the storyline really came alive all very passionately and perfectly enacted punctuated with tense intensity so kudos to the director and actors.

This is Anna Ziegler’s first play in London since Photograph 51, which starred Nicole Kidman, and won Best New Play and Best Actress at the WhatsOnStage Awards; and the Evening Standard award for Best Actress. Anna’s other plays include The Last Match and Boy.

Yasmin Paige is best known for films Submarine and The Double (both directed by Richard Ayoade) and her lead roles in television’s Pramface, The Sarah-Jane Adventures and Glue. Her recent stage credits includeCircle Mirror Transformation (Home MCR), and Ah Wilderness! (Young Vic).

Simon Manyonda appears in the BBC’s upcoming His Dark Materials and featured in The Bay (ITV) as well as appearing opposite Sir Anthony Hopkins and Dame Emma Thompson in the BBC production of King Lear. On stage his recent credits includes Alys, Always (Bridge Theatre), The Way of the World (Donmar Warehouse), Barbershop Chronicles (National Theatre) and King Lear with Glenda Jackson (Old Vic).