Khan is up to 31% from 26% in November, bringing his lead up to seven from two in November. Zac Goldsmith (24%) is unchanged since November – Khan’s increased share has come from those previously saying they would not vote or did not know who they would vote for.

Asked who they would prefer in a head-to-head between Khan and Goldsmith, Labour’s candidate (55%) has a lead of 10 over the Tories’ (45%).

Mr Khan has focused his campaign on housing, pledging to turn the election in May into a “referendum on London’s housing crisis”. Housing is seen as the top priority for the Mayor and city government in the administration of London, with 61% of Londoners choosing the issue compared to 46% for transport and 35% for policing.

Conservative voters also say housing should be the Mayor’s top priority, although by a smaller margin (54% to 51% for transport and 47% for policing).

The Tooting MP said it was “shocking” that overseas buyers were sweeping up homes in London while locals were facing being “forced out of their own city”.

The investigation revealed no fewer than 40 events, including cocktail parties, were held in Hong Kong and Singapore by UK property agent JLL in 2015.

The revelations come just hours after the Tories voted down an amendment to the Housing and Planning Bill which would have given local residents first claim on a share of new build homes.

Mr Khan, who tabled the defeated amendment, said: “It’s deeply disappointing that once again, the Tories have failed to stand up for Londoners and voted against my plans to give Londoners first priority on new homes.

“The Housing Bill will be a disaster for London, will the sell-off of affordable homes and families forced out of their own city.

“I’m fortunate to live near my family around the corner from the council estate where we grew up. But it’s much harder for young Londoners today.

“The new figures on overseas marketing reveals the shocking scale of London homes being sold to overseas investors, rather than to the Londoners who desperately need them.”

The most popular venue for the events was Hong Kong’s five-star Landmark Mandarin Oriental Hotel. Visitors to a series of three-day events in the hotel’s Tian & Di rooms were invited to view developments from all corners of London – from the 788-apartment Renaissance in Lewisham, to the 191-apartment Silver Works in Barnet, and the 297-apartment Maine Tower in Tower Hamlets.

Current voting intention for Labour in London is 44% – the same as Labour’s actual share of the vote in May 2015 – while the Conservatives are on 37%, two points higher than their election result in London.

Meanwhile, Goldsmith came under fire for calling his Muslim opponent “radical” on Tory election leaflets, then digging himself further in by accusing Khan of ‘playing the race card’ when objecting to the wording. During an interview on Channel 4 News Jon Snow later told Goldsmith: “You’re not an unintelligent man. You know that the words ‘radical’ and ‘Muslim’ can go together and speak ‘ISIS’.”

Responding to comments from Goldsmith, a spokesperson for Sadiq Khan said: “It was the Goldsmith campaign which put out the infamous dog-whistle leaflet branding Sadiq as ‘radical’ just because he happens to be a Muslim. And it was Goldsmith’s campaign which had to launch an investigation after alleged racist remarks from a Tory canvasser to a voter.

“Their campaign is already so desperate that they’ve resorted to Lynton Crosby’s divisive dog-whistling because they simply have no answers to the challenges London faces like fixing the housing crisis and keeping fares down.”

Addressing the use of Goldsmith’s “radical” and “divisive” terminology, Snow said: “It’s the race card.”

Goldsmith replied: “I do believe that Sadiq Khan has played the race card and I think it’s wrong.”

But Snow retorted: “But it is you who has played the race card.”

The Tory MP denied this, saying: “Not at all. I have used the term radical to describe what has happened to the Labour party political machine.

“Everyone listening to this programme would have to agree that it is radical, whether they like it, welcome it or not and to misinterpret that and apply it to his religion I think is deeply divisive, totally depressing and completely wrong.”

Goldsmith said: “I don’t for one second believe that it was wrong to use the term radical,” adding: “I completely reject the idea that using the term ‘radical’ to describe Sadiq Khan is wrong, his campaign is run by the unions for Christ’s sake.” 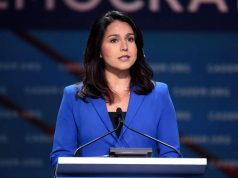 Boris Johnson is significantly more popular than his party and able to reach voters well beyond the party politics. Zac Goldsmith is popular enough in Richmond but Richmond is very much not London as a whole. London is a Labour town. 45 out of 73 of its MPs are Labour so Sadiq Khan of the Labour Party will be the next mayor of London, winning May’s election.

These are my prediction that could easily be wrong…….