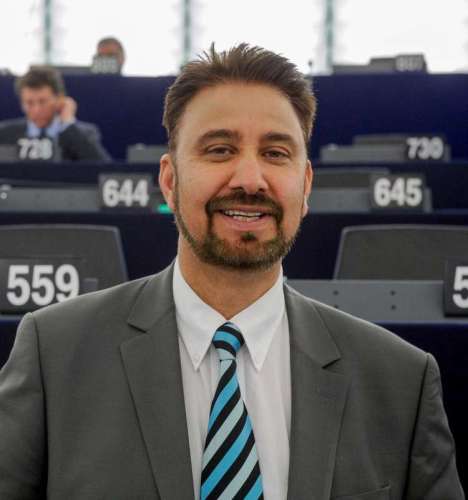 North West MEP and Vice Chair of the European Parliament Security and Defence Committee, Afzal Khan MEP, called for an end to ISIS ‘barbarity’ yesterday in a Parliamentary Plenary Speech on Wednesday.

He described the onslaught of ISIS against Christian and other minority sects in Iraq and Syria as ‘deeply disturbing’ and renounced them as out of line with the teachings of the Islamic faith.

He also called for an end to the recent beheading of Western journalists and aid workers and, particularly, for the release of Mr Alan Henning, a resident of Afzal Khan’s North West constituency.

He stated, “Mr Henning is a good, compassionate man, who went to Syria to help those suffering. We cannot allow ISIS to continue with this barbarity.”

“Muslims all over are appalled that these crimes are being carried out in the name of their faith. In fact a letter signed by Muslim Imams and leaders is going out today asking for the release of Mr Henning.”

The letter, of which Afzal Khan is a signatory, calls on ISIS to ‘to see the error of their ways’ and ‘accept that what they are now doing constitutes the worst condemnable sin.’

Afzal Khan has also asked for a special EU study to investigate the different roles that various military and political factions such as ISIS and the Muslim Brotherhood play in the Middle East.

The pending study aims to provide a better understanding of how to distinguish between hostile and peaceful groups and to pave the way for solutions to tackle the former.

“ISIS’s false ideology and narrative must be confronted. It is imperative that a broad coalition including the Middle East be put in place to tackle the menace of ISIS.”